From December 19th last year, Chris Hadfield has been living aboard the International Space Station (ISS) in orbit roughly 400 km above planet Earth. Seeing 15 sunrises every day as the station tracks its way above our planet, the ISS, to quote Hadfield himself, “weighs 500 tonnes and is the size of 5 NHL hockey rinks, with living quarters for 6 people.”

One of the many things which Hadfield has been doing is to keep the tradition set by previous astronauts of taking fantastic photographs of our planet from above. In a Reddit AMA session a couple of months ago, he mentioned that Australia “looks the coolest” from orbit, being fond of the textures and colours of the Australian Outback. So here, for your visual pleasure, are some of the most beautiful pictures of Australia taken from high, high above by Chris Hadfield. Enjoy! 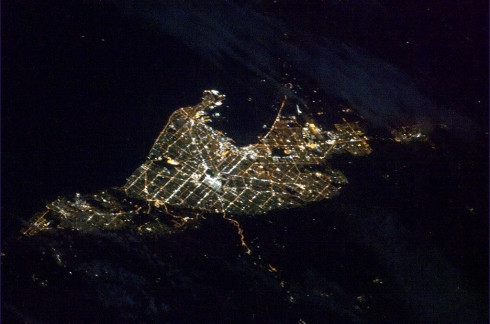 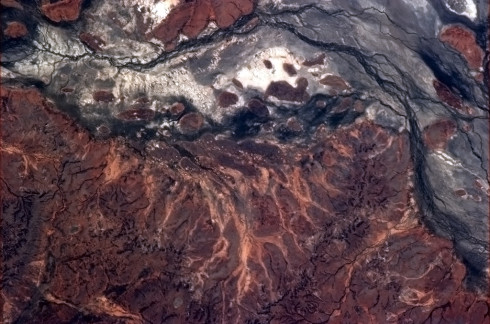 “The Outback is full of scary faces, staring up in forbidding horror.” 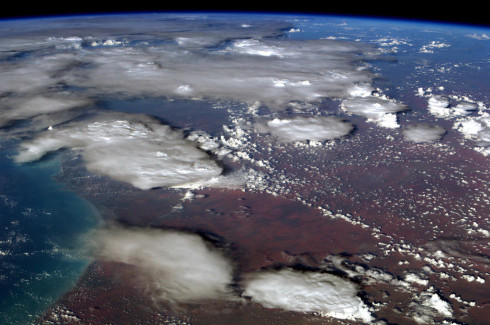 Smoke clouds from the bush fires, as seen from above. 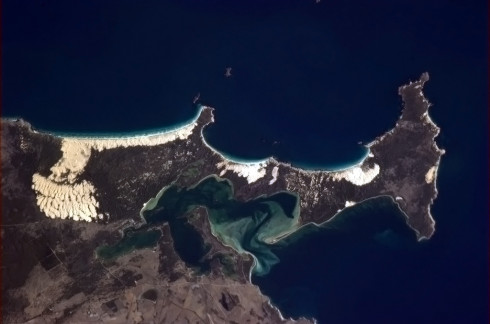 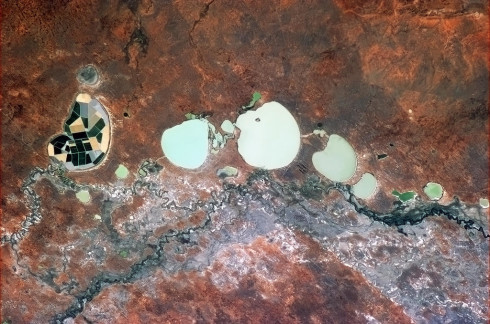 Dry lakes in the Outback, including one which is being used for farming. Quite ingenious. 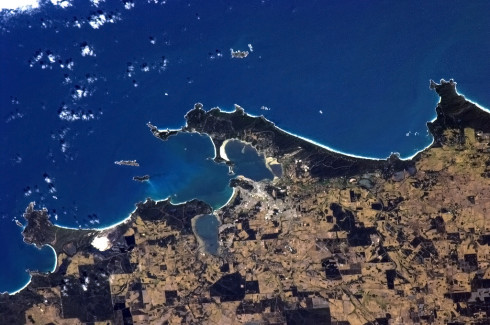 King George’s Sound. Hadfield notes that “Charles Darwin got off the Beagle and hosted a dance here in February, 1836.” 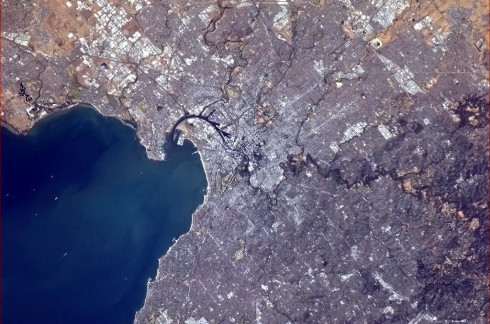 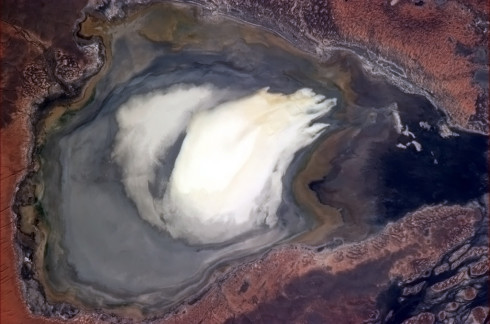 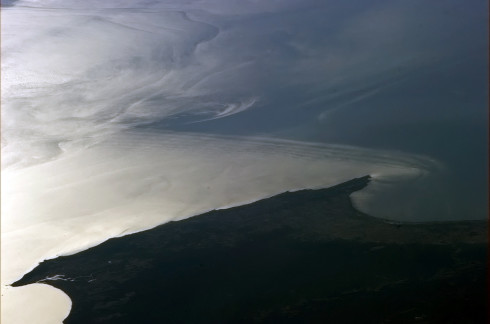 The ocean off the coast of Perth. Evening sunlight catches the waves and ocean currents, making them visible. 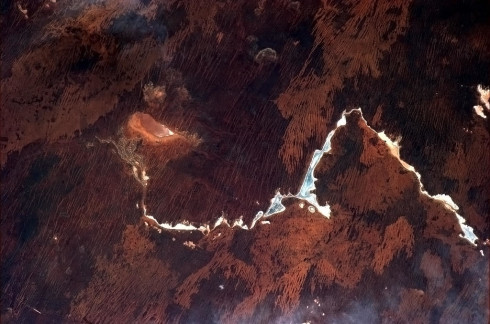 Jagged lines of the Outback. 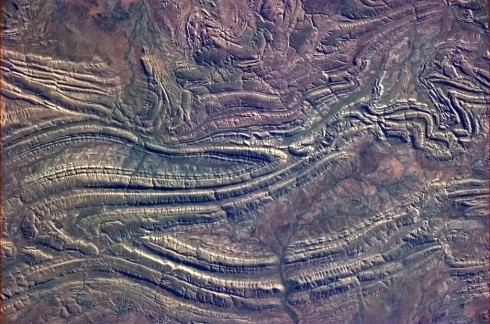 Folded rock formations created by tectonic activity in the Outback. Caught by the morning sunlight, they really stand out. 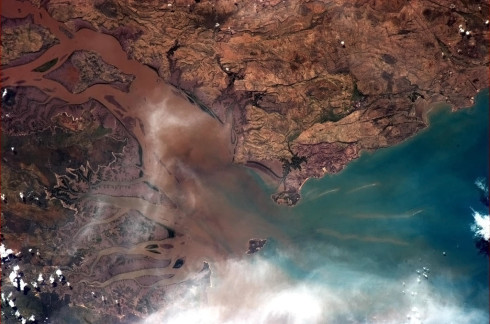 A river delta, showing a host of gorgeous colours. 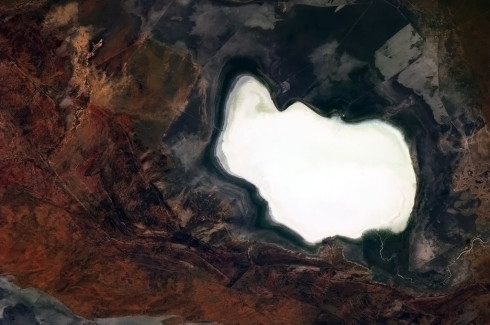 A big dry lake somewhere in the Outback. 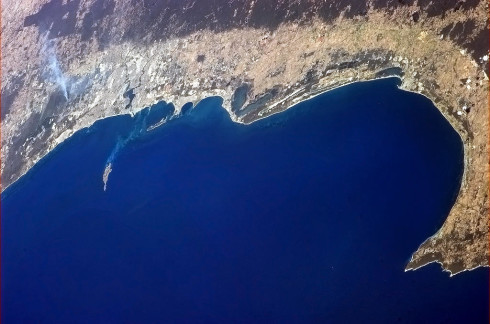 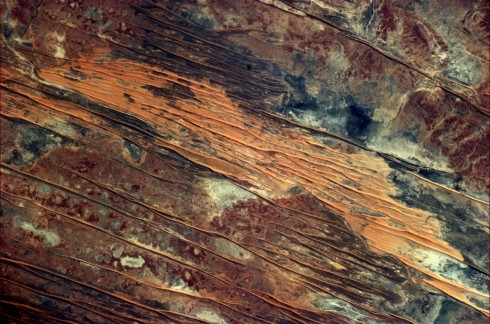 “A lot of the Australian Outback looks like somebody spilled something on it.” 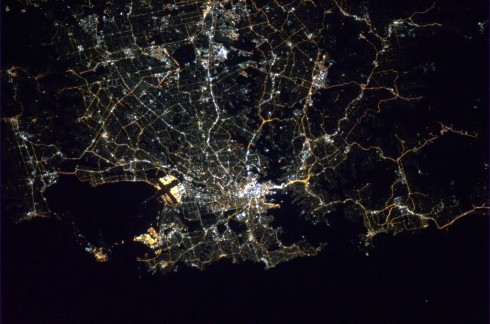 The city lights of Sydney. 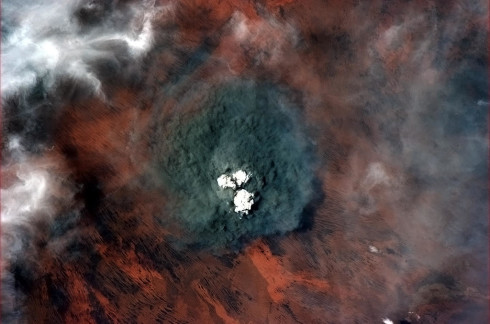 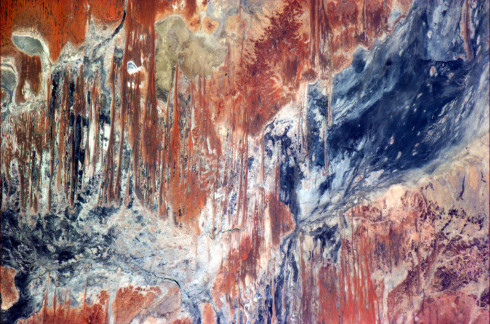 A shot of the Outback looking very much like a Jackson Pollock painting. 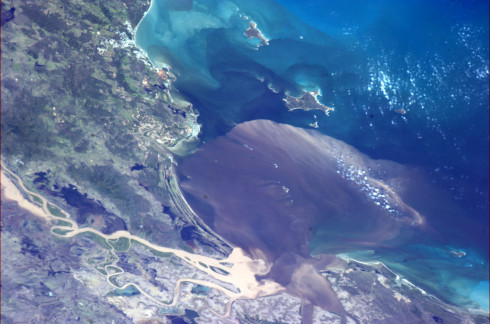 Floodwaters pouring into the Coral Sea near Rockhampton. You can see all the murky brown silt from the river as it disperses into the tides. 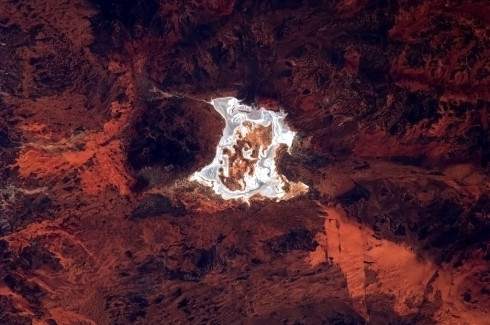 2 thoughts on “Australia from orbit”