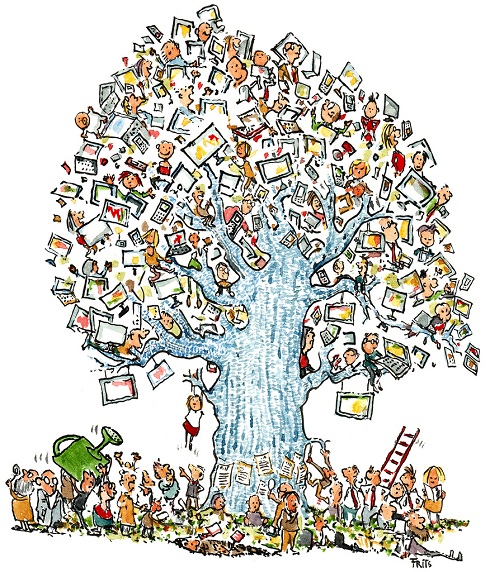 It’s the last day of November, my research project is getting into its final stage, and  here I’m wrapping up this exciting month with plenty of wonderful science and technology stories, events, and new sci-blogging contributors.  We have new female bloggers joining the Australian Science knowledge and sci-blogging community. The initiative I had in mind couple of weeks ago, to invite and encourage girls and women in science, technology, and education, is coming to fruition. We started a Women in Science section, encouraging young female scientists and bloggers to write, interact, and get their ideas and voice heard.

Also, we started the new initiative called Education Thursdays (hashtag #EducationThursdays) where teachers and  curriculum leaders at different levels of education blog and write about their experiences and share their ideas on gender issues in science, STEM, participation, and engagement. I invite here, both students and teachers/educators, if interested, to write and join our team and, each Thursday, contribute and share with others.

“One hears a sound but recollects a hue, invisible the hands that touch your heartstrings,” wrote Vladimir Nabokov, 20thcentury novelist. He experienced a curious condition called synaesthesia, which comes from the Greek words syn(together) and aisthesis (perception) and literally means ‘joined perception’. The condition basically causes a fusion of sensory perceptions in which the stimulation of one sense produces a perception in another sense. Synaesthetes are otherwise neurologically normal people who experience parts of the world in extraordinary way, sometimes without realising it. Read more >>

Keri Bean is a meteorologist specialising in the atmospherics of other planets. She is on the team operating the Curiosity Rover for NASA’s Mars Science Laboratory mission. Prior to MSL, Keri has had roles in the missions for other Mars rovers Spirit and Opportunity, a prototype Moon rover, the Phoenix Mars Lander, and the Hubble Space telescope. And she’s just 25 years old! That’s a pretty incredible CV to rack up already.  In this interview, Keri talks with me about her work on MSL and the other missions, plus how and why she got into space science. Read more>>

While most of the focus of western media centred on the damage Sandy caused in America, especially this close to a Presidential election; there were few news outlets that reported what had passed in the Caribbean — outside the death tolls and damaged infrastructure. Indeed, as it is becoming more and more apparent, it is always the blogosphere that provides an adequate source of information. Hurricane Sandy’s progression was followed by bloggers on the ground, giving another side of the story we don’t often get to see. Read more>>

Does my science look big in this? The astrobiology edition by Kevin Orrman-Rossiter

During the 20th century a powerful new idea gradually entered our consciousness and culture: cosmic evolution.  We are all par of a huge narrative: a cosmos billions of years old and billions of light years in extent. It is this idea that caught my attention this month via the proceedings of the Sao Paulo Advanced School of Astrobiology SPASA 2011, published in the October International Journal of Astrobiology. Although the question of extraterrestrial life is very old, the concept of full-blown cosmic evolution – the connected evolution of planets, stars galaxies and life on Earth and beyond – is much younger. Read more>>

Turn Back Time by Kelly Burnes

The BaBar experiment investigates the most fundamental questions about the universe by getting back to basics with elementary particles. It’s a global collaboration of physicists delving into the nature of antimatter, the relationship of quarks and leptons and crossing over into areas of physics yet to be explored.

Earlier this week, scientists working on the BaBar project made the first direct observation of a violation to the concept known as time reversal symmetry. Their work was published in Physical Review Letters if you want to journey into the world of  B mesons. Read more>>

How Have Marsupials Evolved? by Rayna Stamboliyska

The phylogenetic relationships between two orders of marsupials have been intesively debated. Authors benefited from recent sequencing projects which provided two marsupial genomes: this of the South American opossum (Monodelphis domestica) and the one of a kangaroo, the Australian tammar wallaby (Macropus eugenii). Retroposons are suitable andhomoplasy-free markers: their insertion sites are random; parallel insertions or exact excisions are very rare. Thus, if one finds a retroposon in the homologous genomic loci of both species this indicates a common ancestry; on the contrary: if the marker is missing in one of the species, it means prior divergence. Read more>>

The Gender Myth and Science. Our Response at SC@M by Danielle Spencer

Girls are just not as good at science as boys. Men do hard sciences, women do soft sciences. Gender stereotypes have existed long-term throughout the spectrum of sciences. Most people have witnessed it first-hand. Patients question expert female doctors, yet implicitly trust their male counterparts. Laboratories are full of female scientists with male leads. Why do we trust the judgement of men in science before females? Just where do these gender stereotypes come from and when do children start believing in them? SC@M (Science Club at Mitchelton State School) began mid-2012, attracting 45 students from Grades 4-7. Of the applicants, 21 were girls, 24 were boys with their ages ranging from 9-12 years. Included in the SC@M application process, students were asked a series of gender and science related questions to elicit their current opinions. Read more>>

Setting up a science club in a primary school: Why you should! by Katie McIntyre

The research on extra-curricular clubs is growing and with it there is mounting evidence of the benefit to students. In 2010 Blomfield and Barber from Murdoch University published an article which asserted that “Extracurricular participation was positively associated with higher academic track enrolment, university aspirations, and school belonging, and negatively associated with skipping school” Holland and Andre of Iowa University found similar results in the same year and included improved self-esteem and improved relationships in their findings. Brown and Evans (2011) identified the relationship between extra-curricular activities and the connection of students from different backgrounds. Read more>>

For science fans in film and literature, take a look at a film review related to science: The Science Surrounding James Bond by Kelly Burnes, and the book review – Is India a nation of geeks? by Kevin Orrman-Rossiter.

In case you missed the Weekly Science Picks, check out Week 1 by Charles Ebikeme, Week 2 by Kelly Burnes, Week 3 by Markus Hammonds, and Week 4 edited by Magdeline Lum.

If you are interested in science blogging and contributing to Australian Science – contact us and check out the Editor’s note.