Everyone must play their part in creating sustainable futures for the world’s commodities. Paper is a huge commodity and is consumed at exorbitant rates as outlined by Forest Ethics‘ recent research. They reported that across the world North America used on average 229kg of paper per capita annually, Western Europe got through 178.7 kilograms, Latin America 43.02, Asia 41 and Africa 7.51 kilograms per person. In Australia we use on average 230kg per person per year. It is clear that the paper industry demands exponential resources to continue to fulfill the demand and if Australia would like to achieve sustainability we must rethink our consumerist ways. 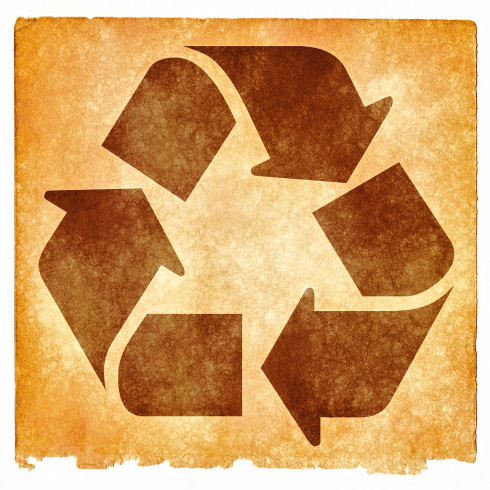 Even though environmental organisations may talk of green initiatives to reduce paper consumption the idea of a paperless-society is far from being a possibility. People are still heavily reliant on paper to run a business, school or organisation and to fuel general lifestyle products such as boxes, packaging, magazines, newspapers and labels. Since European Settlement Australia has cleared almost half of its forest areas and we continue to deforest an area the size of the ACT every year. The act of paper-want is putting a heavy burden on Australia’s ecological sustainability. In 2007-2008 Clean Up Australia reported that we used 4,250, 000 tonnes of paper and of that we sent 1.9 million tonnes straight to landfill. Every office uses 10,000 sheets of A4 paper on average and 50% of that will end up as garbage. These statistics are a sobering reminder of Western waste.

Paper production is a process that has not changed in over 2000 years. In today’s measures it takes 24 trees to produce one tonne of virgin printer paper but only 25% of each tree is used to produce the paper product. The paper industry is a greedy resource consumer that uses more water to produce a tonne of its product than any other industry. It uses a staggering 90,000 litres of water per tonne of virgin paper.

Recycled paper not only assuages environmental impact but drastically reduces the amount of vital resources needed to produce it. Creating one tonne of recycled paper consumes 50% less energy than virgin paper which equates to only 4100 kilowatt hours of electricity per tonne as well as only requiring 25% of the amount of bleach used new office paper. It also saves:

Paper recycling plays a pivotal role in helping to reduce the environmental impact the paper industry has had on vital world resources since the European Settlement. There are initiatives that independent Governments, organisations and the likes of the European Union have put forward to curb the astonishing waste of resources which is a result of paper production. The environmental management of paper is an ever present issue which individuals, groups and continents must acknowledge before the world’s forests are depleted to a point of complete environmental hazard.

Recycling in general benefits the environment no matter what type of item you choose. Be it paper or cans, food scraps or plastic there is worth in saving every item. Planet Arc dispels the myth in their 2006 report which was created to enlighten people from the persuasive and unrealistic myths which prohibit the proliferation of recycling across the world. They note that every commodity has ‘embodied energy’ which is the energy that it took to produce the item and the act of recycling it recovers a portion of that energy. The Australian Council of Recyclers estimated for the benefit of the report that recycling in Australia generates $3.5 billion of eco-services, recovers $912 million of commodity value and 68,400 giga-watt hours (GWh) of embodied energy.

Both businesses and organisations can support paper recycling and environmental management by aligning their practices to an international standard such as EMAS. EMAS volunteer their time to appraise organisations that continually enhance their environmental performance. Businesses which run an Environment Management System and regularly report their performance in published form, which is verified by an independent statement, can be registered with EMAS. They are also encouraged to use the EMAS logo on their promotional material so their customers can be guaranteed that they are legally compliant.

In small measures individuals can improve their participation in paper wastage. Do some research and make sure that you are doing your best to help the cause.