The slim-lined cans promise an energy hit that will have you flying through your day of study, work or play. Energy drinks are now a popular choice for teenagers and young adults as opposed to a good old cup of coffee. One study found energy drinks are consumed by 30-50% of adolescents and young adults (Seifert SM, Schaechter JL, Hershorin ER and Lipshultz SE). But do these fizzy, sugary and caffeine-loaded “supplements” pose a new range of health risks?

Since the introduction of V and Red Bull to Australian consumers in the late 90’s, a stream of other energy drinks have since followed suit and established a competitive market for a can of soft drink with a hit. The binge-drinking habits of young Australians combined with clever marketing campaigns have also established a culture of combining the energy drinks with alcohol to ramp up a night out to another level. 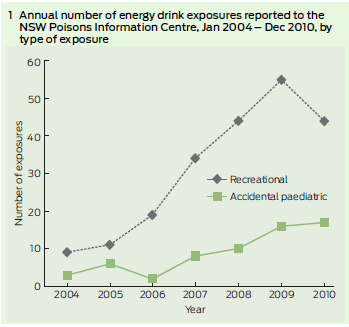 Unfortunately, over-consumption or misuse of energy drinks has already lead to a number of deaths around the world. The Daily Mail reported three deaths linked to drinking Red Bull with alcohol and after exercise, causing Norway, Denmark and France to ban the drink at one point as well as investigations by the Swedish National Food Administration.

The American Medical Association has also supported a policy banning the marketing of high stimulant/caffeine drinks to adolescents under the age of 18 following a surge in popularity of the beverage among high school and college students. America’s Food and Drug Administration (FDA) has been investigating a range of energy drinks since late 2012. Reuters reported a concentrated energy shot, 5-Hour Energy, may have been involved in 13 deaths following the FDA’s investigation into five deaths linked to Monster’s energy drinks.

ABC’s Catalyst aired an episode this year covering the death of Sara Milosevic. The 16-year-old Australian passed away after binging on a pack of pre-mixed alcoholic energy drinks at a party to celebrate finishing exams. It came as a shock to Sara’s friend Stephanie, who remained in a stable condition after consuming the same drink in the same amount. This reinforces the theory that everyone metabolises caffeine to varying degrees.

Although many energy drinks contain other ingredients such as B vitamins and taurine, the main active ingredient is still caffeine. As a highly addictive psychoactive drug, caffeine’s effects are not to be underestimated.

Caffeine binds to proteins known as adenosine receptors when consumed. The A1 and A2A receptors that are affected by the introduction of caffeine go on to block the regulation of dopamine and other neurotransmitters. Dopamine is of course known to affect how the brain processes emotional response and pleasure and plays a major role in addiction (The Univeristy of Texas, http://www.utexas.edu/research/asrec/dopamine.html).

Other more illicit drugs that affect levels of dopamine are cocaine, amphetamines, cannabis, nicotine, heroin and alcohol. As it happens, a study on more than 1,000 undergraduates found college students who drank energy drinks consumed more alcohol, had higher levels of sensations-seeking and were more likely to use other drugs (Arria AM, Caldeira KM, Kasperski SJ, O’Grady KE, Vincent KB, Griffiths RR and Wish ED).

Although caffeine is far less dangerous than other recreational drugs in singular doses, it can be easy to go over the recommended amount of caffeine in one day. The Australian Sports Commission discourages long-term intake of large amounts of caffeine amounting to 500 mg per day. That is about 4 – 5 cups of strong coffee. 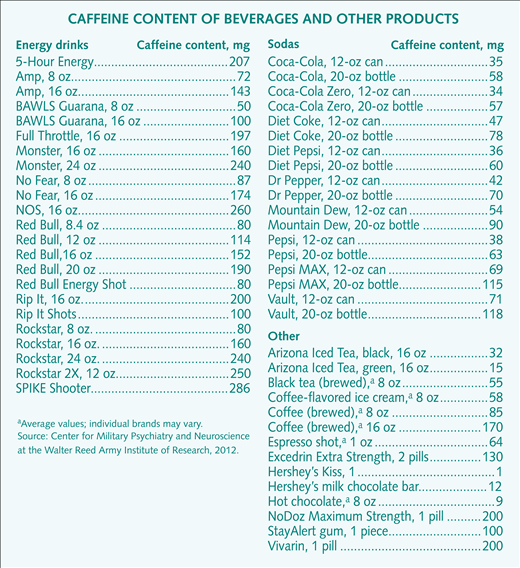 Many larger cans of energy drinks (up to 700 mL) have lead to reckless consumption and in the worst case scenario, death. Energy drink companies argue their beverages have safe levels of caffeine to consume, with a 250 mL can of Red Bull containing the same levels of caffeine as a cup of brewed coffee. Normally, the slower consumption and subsequent release of caffeine experienced when drinking a cup of hot coffee is much more manageable and healthy than the speedy rate of drinking a shot or can of energy drink. A survey by the Australian Medical Association (AMA) found one in three teenagers might be consuming the equivalent of 10 instant coffees a day in energy drinks.

With exception to an Espresso Martini or an Irish Coffee, coffee does not have the common association with alcohol that energy drinks do. Although downing a Red Bull might give you the perception of having energy and increased focus on certain tasks, it still does not sober you up or make you less “groggy” after having a few.

In other words, consuming energy drinks with alcohol will only make you think you can carry on and drink more.

The excessive amounts of sugar contained in an energy drink in combination with the caffeine can also have adverse effects compared to drinking a coffee, unless you have nine teaspoons of sugar in your coffee. A study by the American Pharmacists Association found the amount of caffeine and sugar contained in energy drinks, when consumed at recommended amounts or greater, can have implications with seizures, obesity, and mania (Clauson KA, Shields KM, McQueen CE and Persad N).

Currently, the Australian and New Zealand  Food Standards Code on Formulated Caffeinated Beverages only requires companies to correctly label their energy drinks with recommended use and levels of active ingredients such as caffeine and taurine. The AMA is pushing for more regulation on the availability of energy drinks but for the time being, it is down to the consumer to make sensible judgements on how much is enough. Like many things in life, energy drinks should be safely consumed in moderation.