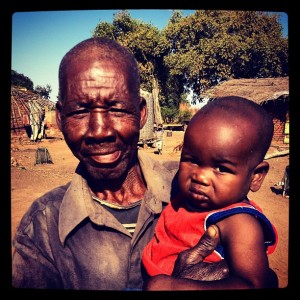 How long until we live forever?

The general consensus is that we are getting older and living longer. Despite consequences and kryptonite, it is getting easier to stay alive. Heaven can wait, it seems. Every year each baby born is expected to live 3 months longer than its predecessor of the previous year. This has been the case for the last 160 years. A stunning display of the ability we humans have to prolong the length of life. And it is this simple fact of life that economists and politicians are struggling to deal with — an ageing population and not enough resources to go around.

But outside of this there are some interesting and important questions to pose when thinking about human mortality. Does our mortality have a basis in our genetics? Researchers, publishing in PNAS, wanted to know if this reduction of mortality was as a result of a possible genetic shift or something much simpler. They wanted to understand the evolutionary context for variation in human mortality patterns — particularly comparing those of today to hunter-gatherer populations. Modern-day hunter-gatherer populations which are used as a proxy in evolutionary terms.

What they found was a significant decrease in human mortality. The vast majority of this mortality reduction has only occurred since 1900 and has been experienced by only about 4 of the 8,000 human generations that have ever lived. An astounding fact.

The average age-speciﬁc levels of mortality experienced through most of human existence hasn’t changed much. Before the late 1800s, humans in the lowest-mortality nations were not experiencing mortality much lower than was typical during most of human evolution. This “mortality revolution” is only a recent phenomenon. Given the rapidity of the recent mortality revolution and the simple fact that it is similar in different nations, researchers come to the conclusion that it seems highly unlikely that genetic change has played more than a minor role.

The profile is the same but the shifts are dramatic. After being born your chance of dying decreases, and continues to do so — until you’re ready to bring forth a new generation (sexual maturity). Then your chances get progressively worse. The shift between past and present is in the orders of magnitude. Up until age 15 or so, hunter-gatherers experience death rates greater than 100-fold higher than today’s Japanese and Swedish populations, and hunter-gatherer mortality remains greater than 10-fold higher for the entire lifespan.

Japan in 1947 is no different from Sweden in 1800; which is marginally better than the hunter-gatherers sampled. However, if you were a slave in Trinidad during the 19th century then you would have experienced the worst-case scenario for mortality. You had more chance of dying at any age than hunter-gatherers.

The longevity of humanity has had its bearing on another uniquely human facet — war. The evolution is simple — individuals grouped themselves into communities; communities became villages, villages became towns, and cities; states and empires arose from those foundations. Eventually, populations would go to war with one another in the hunt for resources and land to feed their ever increasing numbers of people.

In the past, human longevity has increased by removing the environmental factors that lead to death. Injuries and illnesses are less fatal. Nutrition counts for so much in the early stages of life. A greater proportion of us now have the right to such adequate nutrition. Education, medicine, sanitation and housing have all played their major part. We have democratised living longer. No longer does it belong to the fittest. No longer does it belong to a specific set of genetic characteristics.

In the end it is a study that throws up more questions than answers. Why does the human genome give humans a license to drastically reduce mortality by non-genetic change? The most interesting of which, however, is — for how long will life expectancy continue to rise and by what means?