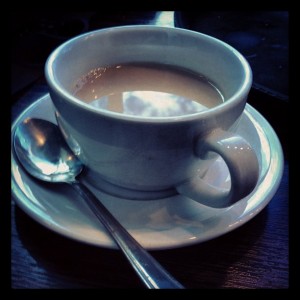 Doesn’t time fly? I don’t know about anyone else, but my week has absolutely flown past. As I take a moment to relax and consider picking a few favourite topics from this week’s news, I realise that perhaps this is because it’s been an exciting week, full of interesting discoveries and unusual events. In fact, I’ve had quite a lot to choose from, but I eventually managed to trim it down to these few articles which particularly caught my eye…

First and foremost, a planet has been discovered in our neighbouring star system, Alpha Centauri. This is something which I find thrilling for various personal reasons. An interesting discussion of the discovery itself and some of its implications are given by Paul Gilster in the blog Centauri Dreams:

There was a sense of exhilaration in the air on Tuesday as the buzz around an Alpha Centauri planet built, and when the embargo was lifted, reports of the find filled the social media as the early articles began to appear online. Just how big a deal is Centauri B b? A skeptic could point out that while finding an Earth-mass planet is significant, it must still be confirmed, and in any case, this is an Earth-mass planet that is nothing like a clement, habitable world.

From a neighbouring star to a neighbouring planet, the Curiosity rover has been finding some very curious shiny objects in the martian soil. Wired Science gives a brief overview of what’s been happening on the red planet:

NASA’s Curiosity rover took three scoops from a small Martian sand dune and found several bright particles in the soil. Scientists think these are unrelated to the odd bright object that Curiosity saw last week, which turned out to be plastic that fell from the probe, and are probably indigenous Martian mineral flecks.

Closer to home, this week saw a world record being broken by Austrian skydiver Felix Baumgartner, who leapt from a balloon at an altitude of 39 km. A fantastic achievement and a daredevil stunt! However, could more of an effort have been made to add some depth to the stunt and give us all some more background about it? Science historian Amy Shira Teitel at Vintage Space takes a detailed look at the full background and a few tricks which were missed with respect to communicating the science behind such a stunt:

In the 1960s, pilots were pushing the envelope of supersonic flight at high altitudes. But this was a dangerous approach. While it’s easy to fly fast in the thin upper atmosphere it’s harder to control an aircraft. With no air for control surfaces to push against, aircraft tend to tumble, and when aircraft tumble pilots tend to eject. Tests with dummies showed that when falling from high altitudes, human bodies tended to get into a flat spin. It would be like rolling down a hill really fast but without the hill, and the G-forces would certainly be fatal.

And finally, there was a rather informative little discussion piece by Dave Hone in the blog Lost Worlds. In emphasising some of the difficulties faced in palaeontology, he poses a rhetorical question – did Tyrannosaurus Rex have feathers?

Note that there is a rather important scientific distinction here, no facts have changed since the 70s, but we have many more facts. And the best interpretation of all of the available data is now a little different to that which we had before. The fossil record is incomplete and we have to extrapolate from the available evidence and apply parsimony the best way we can.

I hope you’re having a good weekend!