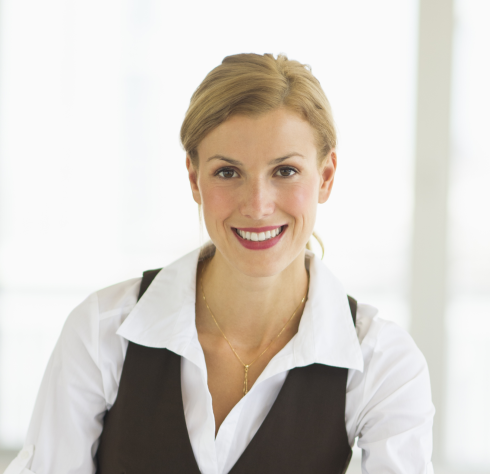 Lana Ostojic is a young applied science professional with the real-world experience in criminal forensics. She is a researcher at the Research and Development Department at the Office of Chief of Medical Examiner (OCME), NYC. Lana is also a PhD candidate at the University of Belgrade, Faculty of Molecular Biology and Physiology. Her primary field is molecular biology and physiology. Recently, July 2012, she got in house OCME creativity award for developing an interesting new method where organic glue is used to collect cell samples for forensic purposes in a much more efficient way than the traditional methods.

Welcome to Australian Science. Would you, please, tell our readers a little bit more about yourself? Where do you come from, both geographically and philosophically? What is your scientific background, and your professional scope?

I think my early childhood experiences shaped my passion for learning and work ethic at a very early age.  My family has lived for 3 generations in Vukovar, Yugoslavia, currently known as Republic of Croatia.  Having withstood the bombing of Vukovar in WWII by Allied forces, and rationing that followed, my Grandmother instilled in me at a very early age to make the best of what you have and to be resourceful. This is a lesson I would learn firsthand at age 9 when bombs fell again in Vukovar in 1991 marking the beginning of a bitter and bloody civil war.  We left our classroom as tanks rolled in our streets and fled to Belgrade.  There I found a supportive academic culture of learning to be fascinating and quickly immersed and excelled in a school specializing in Math and Sciences, achieving the maximum grade point average.  The bombing would fall again as I applied to Universities as NATO cruise missiles and fighters took aim on Belgrade leveling bridges and power plants. Despite the difficulties of an economic embargo, I was accepted under a rare full scholarship grant program by Belgrade University specializing in Molecular Biology and Physiology. After graduation I was granted an opportunity to continue my work at the University of Milan to conduct research on a skin cancer, it was fascinating to work in the presence of such talented scientists.  I accepted an opportunity to immigrate to the US under resident status to work at the Office of the Chief Medical Examiner in NYC as a Criminalist.   There I specialized in the applied science of DNA testing for a Crime Lab along with testifying in court as an expert witness on behalf of the District Attorney.  It is fascinating work with many more advancements in forensic science yet to be applied. So to reflect back on what drives my interest in my field of applied science, I have to say that helping people through Science is rewarding for me, especially if it means someone life will be saved or justice will be served because of my work.

Would you explain to our readers a bit about Department at the Office of Chief of Medical Examiner (OCME), for those in the science and technology who may not be familiar with the Office?

The City of New York Office of Chief Medical Examiner investigates all sudden, violent, or unexpected deaths in New York City, performs pathologic examinations necessary to determine cause and manner of death, identifies decedents, provides for the disposition of unclaimed human remains, and performs forensic anthropology, toxicology and DNA analysis as appropriate. The OCME houses the country’s largest public forensic DNA laboratory, and is a leader in technology and research. The Department of Forensic Biology is staffed by more than 150 forensic scientists, performing DNA testing on biological evidence from all types of crimes committed in New York City.  The lab is widely regarded for utilizing progressive methods and generating exceptionally high quality results.   The OCME is the only public forensic laboratory in the nation accredited to perform High Sensitivity DNA testing on samples from which very small amounts of DNA are recovered, and is one of the few public forensic laboratories in the nation that performs mitochondrial DNA testing.

What’s your main role at the OCME?

At OCME I have a double role, being a Criminalist and being a research scientist. As a Criminalist I am examining the crime scene evidence for the presence of the biological material. I am involved in entire DNA testing process, analysis and interpretation of the results along with testifying in court as an expert witness on behalf of the District Attorney Office. As a research scientist I am helping developing more sensitive and effective methodologies for DNA testing process.

Do you collaborate with similar organisations/institutions worldwide in the field of the criminal forensics ? Would you tell us more about your involvement within projects in the Office?

OCME is an independent agency. Our collaborations are more involved in sharing scientific knowledge and experiences with other institutions that conduct forensic DNA testing worldwide. Many of our employees are also faculty members at New York City’s colleges, which allow us to extend our facility as a resource to accomplish graduate degree work for students at our research and development labs. The major focus of OCME is casework rotation. Criminalists, such as me, working on casework rotation aim to generate DNA profiles to identify the source of biological material found on crime scene evidence. Storing eligible DNA profiles in CODIS (Combined DNA Index System) which is primarily managed by FBI (Federal Bureau of Investigation), we are helping solving other crimes in reminder of NY state and other states of USA. As a research scientist I am co-investigator on an NIJ funded project (National Institute of Justice) where we are trying to minimize or eliminate mixtures via micromanipulation techniques as well as optimize testing method for biological materials that contain degraded or minute amounts of DNA.

Finally, what are you currently working on? What’s your current projects and research about? In current project we are evaluating manual and robotic micromanipulation techniques to efficiently lift the cells from a piece of mock evidence and developing DNA testing method that displays higher level of sensitivity than traditionally used method, we are aiming to obtain database eligible DNA profiles.

Thank you Lana for taking your time to talk with us!

3 thoughts on “Interview: Lana Ostojic, an applied scientist in the field of forensic biology”