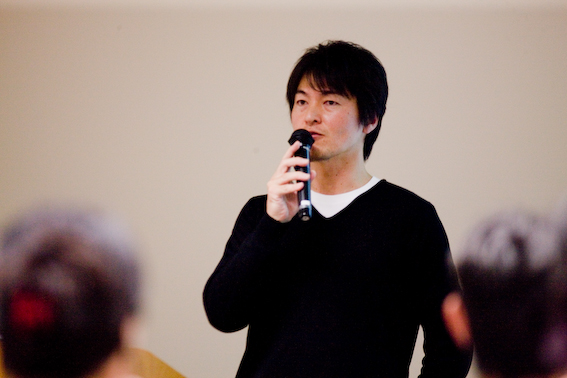 Keita Bando is a Digital Repository Librarian and Coordinator for Scholarly Communication database called MyOpenArchive we have presented MyOpenArchive earlier this year. Founded in September 2007, MyOpenArchive is an international Non-Profit Organization that advocates Open Access for never-before-published research papers on the web and provides Self-Archiving platform to enable better knowledge sharing in a way that’s easy to publish. We talked with Keita about Open Access (OA), scientific and scholarly publishing, and the current situation of the OA in the world.

Welcome! Would you, please, tell our readers a little bit more about yourself?  What is your scientific background, and your professional scope?

Hello, Australian Science and its readers! Nice to meet you. I have been devoted my time on Open Access, Scholarly Communication, and recently Altmetrics. That’s why we (two colleagues and me) founded MyOpenArchive five years ago. An engineer and an designer helped me to develop my initial effort.

Also much of my time have been devoted on OA advocacy relations. For example, an presentation at 2008 Open Access Day, hosting Japanese website during Open Access Week 2009, and we hosted an event at that week. Furthermore, in 2011 we attended two conferences in Europe and the US, to make great acquaintances with those who deeply committed into Open Repository relations.

As a volunteer I have been devoted my time on those relations, for I have a full-time job at an University (as a staff, but not a librarian).

How many individual and organizational ‘self-archiving’ units or members do you have within MyOpenArchive? What science disciplines the archive covers?

MyOpenArchive is not a sectional repository (arXiv, PMC etc). You can publish and share any type of research paper, of any section (Journal Article, Thesis or Dissertation, others) using Creative Commons License (or Public Domain). Users can upload material from any field, all science disciplines are present in the articles.

What do you think about “self archiving” today in the hyper connected networked surrounding and advancement of digital technologies? Do people deposit more or less?

Self archiving, so far, meant that librarians conduct the posting author’s final draft and/or others to Institutional Repository. These years, however, increasing number of users found their way to publish research papers to Mendeley, ResearchGATE, academia.edu and so on because those social networking services for researchers taps self archiving features into their site.

Thus, Self archiving can be achieved without IR. FigShare, PeerEvaluation, MyOpenArchive and numerous Social iR(s) represent Self archiving without help of librarians or IR. Researchers can do the self archiving, literally, on their own.

On the other, experimental efforts are increasing in order to match SNS for researchers and IR. For example, I am interested in DURA project, on which Mendeley and Cambridge University Library join forces upon JISC subsidy. Technology evolution let those services interact each other, and SWORD, Symplectic is critical on the Self archiving movement to advocate OA.

How do you see OA development in the next five years?  How do you see the impact of open access on the science, education, and communication online?

In my opinion, altmetrics is the key to innovate OA relations. PLoS is the most important contribute to altmetrics innovation. It focuses on article level metrics, on which they can enhance the real time impact of individual papers. PLoS hires some of altmetrics guru, such as Cameron Neylon and Martin Fenner to the effort. Besides, PLoS talents like Mark Patterson and Peter Binfield (they are keen on altmetrics) are going to launch new OA journal (eLife Science, PeerJ) with some of Mendeley staff (Ian Mulvany, Jason Hoyt). Also, BMC show their understandings on OA journal. Hopefully Publication companies will increasingly submit altmetrics.com plans on and on.

I feel the importance of “being the part” of Open Access movement to know the global trend. Thus I am taking part in Facebook, LinkedIn, Google plus groups, while I follow them on Twitter to know the status of “person” as much as “information”. Most importantly, I can say that being the part of real friendship is critical. Last year I attended several international conferences as real friendship needed. “Why don’t we contribute” happens on these efforts, personally.

I know that you are very active online, collaborating with other Open Access chapters and nonprofit organisations.  What are your current plans in the organisation and Open Access movement globally?

For example, Sridhar Gutam of Open Access India became allies with us, to share the Asia relations. On the partnership we hope to enhance the collaborations among those parties around the world.

We are going to attend Edinburgh Open Repositories 2012, on 9-13 July.

Berlin 10 Open Access Conference and Open Access Week also mean a lot for us, so this is going to be a “being the part” of discussion and real networking.

Thank you Keita for taking your time to talk with me!

3 thoughts on “Open Access for Open Knowledge: An Interview with Keita Bando”