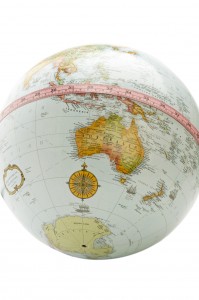 Imagine yourself for a moment waiting for a meal at your favourite restaurant, local takeaway store or at home counting down the time until the oven buzzer sounds. You know you’re hungry, but we seldom think or care about the complex series of processes that go on inside our bodies that drive that hunger.

And why should we care?

In the developed world, for the lucky majority at least, calorie-dense food has never been more accessible. Want a pizza? Just use an app from your smartphone to order one delivered any time, day or night. The one big problem with this–human appetite has evolved over tens of thousands of years when food was tough to come by, and we had to work physically hard for a meal, now we just go to the fridge. However the series of long developed processes that drive appetite have not caught up in this time of plenty thereby contributing to the modern day upsurge in obesity.

Obesity as a global problem

Obesity is a global disease on the increase, the World Health Organisation estimates that by 2015 there will be an astounding 700 million adults classified as obese. From a health viewpoint this is particularly worrying as obesity is a major risk factor for cardiovascular diseases, Type-2 diabetes and some cancers.

Also concerning, is the number of people in developing countries at risk, where the bane of obesity joins established under-nutrition. Dr Ranjan Yajnik, the director of the diabetes unit at King Edward Memorial Hospital in Pune, was recently reported by ABC News saying, “Populations which have faced under-nutrition for a long time are now exposed to the over-nutrition of the modern world through globalisation and westernisation”.

In short, it’s the modern world and how we live in it which is driving up rates of obesity.

In broad terms, the body is wired to protect against starvation and low food availability, by increasing biological and sensory processes that promote the need to eat. This makes sense, after all starvation is an immediate threat to survival and was by far one of the greatest concerns of our ancient ancestors. As excessive food was less of a concern, the regulatory processes to protect against excess consumption and weight gain appear less effective, leading to the body favouring weight gain over weight loss.
Combine this with the increased availability of highly palatable foods, and the ability to stop eating when full is increasingly difficult. According to Dr. Joanne Harrold and colleagues, in a recent paper published in the journal Neoropharmacology, this may be especially true for many obese people, who may “possess an over-responsiveness to the reward effects of eating, which results in the appetite system of these people being effectively overwhelmed”

The hypothalamus of the brain may be viewed as the central area for appetite and energy regulation, and it is here that many of the signals produced by food intake and the absorption of nutrients interact in complex pathways, with bundles of nerves that produce brain acting chemicals called neuropeptides to either promote food intake or suppress intake. Great strides have been made in the scientific community to identify the various hormones and neuropeptides responsible for these actions; an important example of one of these is the hormone Leptin.

Leptin is released into the circulation from fat cells in response to excess fat gain. Once in the blood it travels to the brain and interacts with the bundles of nerves in the hypothalamus, controlling feeding and feelings of fullness; one of Leptin’s roles here is to suppress the release of a powerful appetite stimulant known as Neuropeptide Y, while increasing levels of several neuropeptides that suppress appetite. Thus, Leptin acts as ‘a brake’ to excessive food intake and even up-regulates energy expenditure to reduce risk of excessive weight gain.

Too much Leptin is however counterproductive, people who are obese tend to have excessive levels of Leptin, which far from further improving appetite suppression and increasing energy expenditure, actually lead to Leptin resistance: there is so much Leptin that the neurons in the hypothalamus are much less sensitive too it, leading to increased appetite and lowered energy expenditure for obese people.

Also important, are the reward based pathways based in the midbrain which are particularly responsive to highly palatable foods. In some cases, the reward of eating and the pleasure it gives us can override our own feelings of fullness. Think of dessert after a big meal, you might feel full, but the drive is there to order it because it just tastes so good.

New drugs to the rescue?

It is no surprise that pharmaceutical companies have scrambled to develop new drugs that target appetite, however translating the new knowledge in appetite control into medications with minimal side effects has been far from smooth sailing. The drug Rimonabant for example, which blocked the cannabinoid receptor type-1 (part of the same system that marijuana activates causing the ‘munchies’) in the brain was highly effective at inhibiting appetite, however it had to be withdrawn, due to health concerns, including increased risk of suicidal thoughts.
Clearly there are real risks when modifying brain chemistry. With this in mind, George Kunos from the National Institute on Alcohol Abuse and Alcoholism and his team have developed a new drug similar in structure to Rimonabant that does not enter the brain, instead increasing the body’s sensitivity to Leptin, resulting in reduced appetite and weight loss, without the neurological side effects.
New knowledge of pathways leading to disordered eating and obesity and their use to develop weight loss medications will be welcome treatment for many struggling with overweight and obesity. However many questions and problems remain, in particular; are pharmaceutical treatments the best option for what really is a lifestyle disease brought on by the modern post-industrial tendency towards sedentary behaviour and plentiful availability of food?
It may be that humans need to make some deep societal changes in how they view, produce and interact with food environment before rates of obesity decrease.

2 thoughts on “An outdated appetite control system in a rapidly evolving world?”