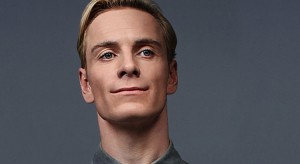 Over 2 million years ago, before the emergence of the genus Homo, within the rift valleys and savannah grasslands of Africa during the Pliocene period, a unique event took place. One that, with some hyperbole, admittedly, shaped the course of human evolution. The event was on a molecular scale but had its bearings on what we now call and search for as the “human condition”.

Ever since Darwinian evolution gave us an image of our nearest cousins (the chimpanzees, bonobos, gorillas and orangutans of the non-human hominids) we have been constantly searching for what it means to be human — that human condition — for what makes us unique. From an opposable thumb, to the way our brains work, to the simple fact we learnt to cook our food. All of these have been proposed — at one point or another and with various degrees of certitude — as the key to our humanity.

Now the indication lies not so much within us, but with our interaction with disease. In a paper published in the Proceedings of the National Academy of Sciences, researchers are circling in on another hypothesis. The suggestion that inactivation of two specific genes related to the immune system may have conferred selected ancestors of modern humans with improved protection from certain infectious diseases, and also lead to our divergence from our common ancestors.

Dr Ajit Varki and his team study the biology of sialic acids. What they found was that the inactivation of two sialic acid genes played a role in the course of human evolution. Two events at the genomic level that occurred before the emergence of modern humans in Africa.

Infectious pathogens interact with the different types of sialic acids on your cell surface. They are the target for a huge number of pathogens, and successful pathogens have evolved to be able to mimic the sialic acid coat to evade and dampen the human immune system. Look at this in an evolutionary context and what you get is an evolutionary arms race of sorts, with repeated re-invention of the microbes and pathogens that interacted with our ancestors.

Dr Varki and his team describe two sialic acids (Neu5Ac and Neu5Gc) — molecules that differ by a single oxygen atom — one of which was rendered nonfunctional by genetic events during hominin evolution. Across the range of non-human hominids both Neu5Ac and Neu5Gc exist. Uniquely, modern humans do not have Neu5Gc. Today we see the traces of this evolutionary event when we look at the disease-specific differences between humans and the great apes.

Falciparum is a recent disease as all the falciparum strains of the world come in one small clade in Africa, evolving from an older strain that had a preference to bind and infect via Neu5Gc. When early hominids evolved to get rid of Neu5Gc and have mainly Neu5Ac (possibly as a result of selective pressure from disease), and perhaps resulting in a potentially malaria-free period in time, until that is falciparum evolved to keep up.

The difference between Neu5Gc and Neu5Ac point to powerful evidence of how infectious diseases have shaped human origin. Researchers make the argument that changes of innate immune defense against invasive human pathogens, particularly those that are involved in neonatal life, would have exerted a powerful selection pressure on the reproductive success of our ancestors.

In a press release Varki noted that it’s probable that humanity’s evolutionary bottleneck was the complex result of multiple, interacting factors. “Speciation is driven by many things,” he said. “We think infectious agents are one of them.”

1 thought on “The clues to human uniqueness”