When it comes to infectious disease control, there are two common solutions. These include using medicines, such as antibiotics, to target the pathogens and parasites, or reducing the risk of spread by using preventative measures.

However, a recent collaboration between University of Colorado Cancer Center and University of Virginia led to a discovery that demonstrated the effectiveness of a third alternative. This exciting new research looks at manipulating characteristics of the human body to eliminate the mechanism that permits pathogens to cause the disease.

The findings not only demonstrate how a cancer-science approach can be applied to the field of infectious disease, but it will also have major implications for a disease that causes many thousands of deaths all over the world.

What is Entamoeba Histolytica?

Parasites are organisms that live in or on another organism, known as the host, in order to survive. They gain benefits by deriving nutrients from, or at the expense of the host. While some parasites don’t affect the host organism, others multiply, grow or give off toxins, which can result in a parasitic infection and some very unpleasant symptoms. 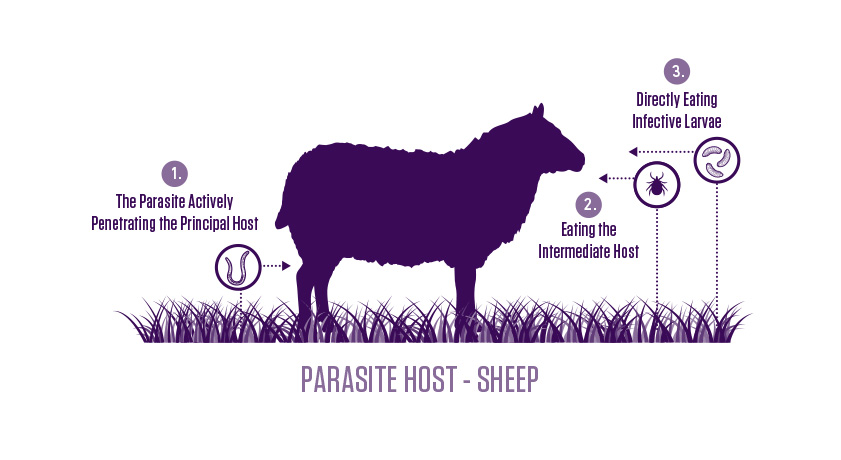 There are several ways in which you can contract a parasite, however poor hygienic practices, contaminated food and water, unclean fruits or vegetables and undercooked meat are the most common methods of transmission.

Entamoeba histolytica, or E. histolytica, is a one-celled parasite that kills human cells and causes a disease known as intestinal amebiasis. Amebiasis is a parasitic infection of the intestines, which infects approximately 50 million people worldwide, while causing over 100,000 annual deaths. 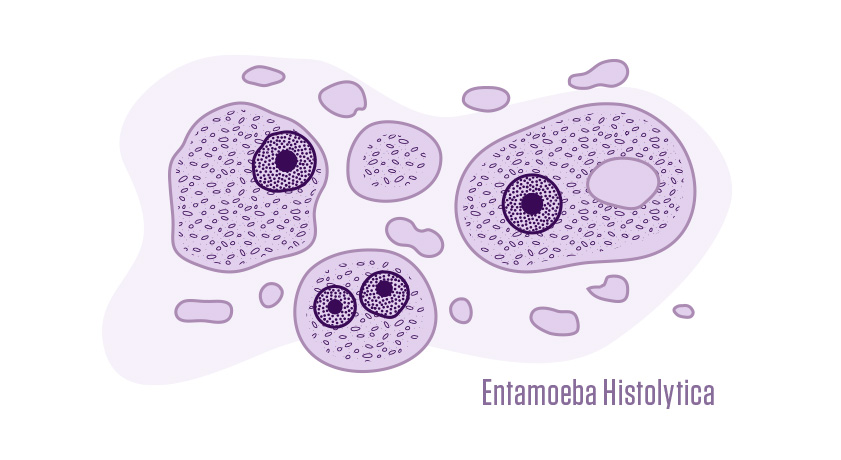 According to the Centers for Disease Control and Prevention, only about 10% to 20% from those who are infected with E. histolytica become sick from it. Symptoms tend to be mild and include stomach pain, loose stool and abdominal cramping.

A severe form of amebiasis, known as amebic dysentery, is associated with fever, severe stomach cramping and frequent bloody and watery stools. It occurs if the parasite invades the lining of the intestine and is a much more dangerous form of the disease. If the parasite were to enter your blood stream, it can end up in the lungs, brain, heart, liver, or other organs, and cause abscesses and tissue destruction. 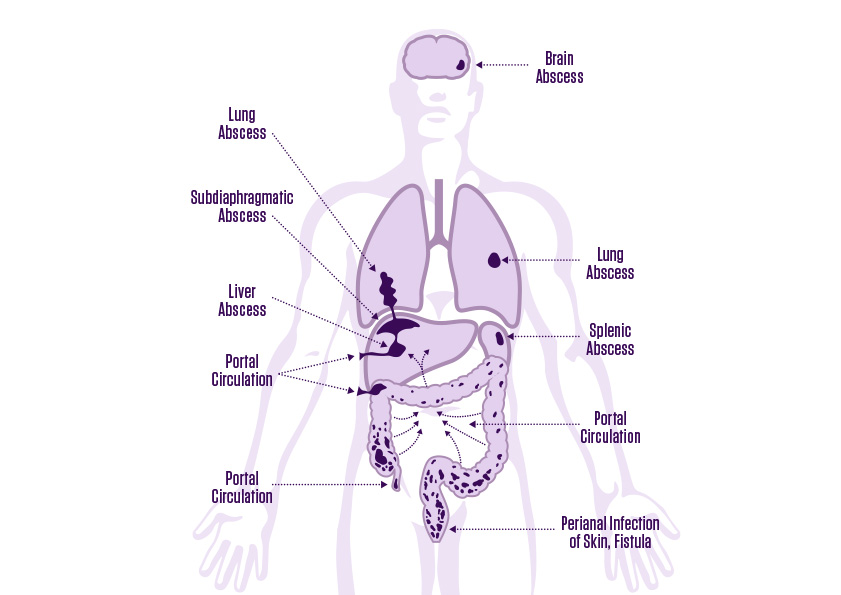 Entamoeba histolytica is spread by faecal-oral route. While amebiasis can affect anyone, it is more common in those who live in, or have travelled to, tropical countries with underdeveloped sanitary conditions. Areas with high rates of amebic infection include parts of Central and South America, Africa, Mexico and India.

Others at greater risk for amebiasis include people with compromised immune systems and other health conditions, those who live in institutions with poor sanitary conditions and men who have sex with other men.

Currently, there are two widely used strategies when it comes to protecting humans from infectious disease. These include using medicines such as antibiotics to target the pathogens and parasites, or addressing the environmental factors that permit transmission of the disease.

In the case of E. histolytica, antibiotic is available for treatment. Uncomplicated cases of amebiasis are generally treated with a 1-day course of antibiotics.

However, if the parasite is present in the intestinal tissues, then damage to infected organs must also be addresses. In these cases, surgery may be necessary. Amebiasis can be deadly if left untreated.

New research has demonstrated the effectiveness of a third strategy against infectious diseases. This involves manipulating the host’s genes in order to remove the mechanism that allows pathogens to cause disease.

The collaboration for this research stemmed from a conversation between Dan Theodorescu, MD, PhD, director of the University of Colorado Cancer Center and William A. Petri, Jr., MD, PhD, chief of the Division of Infectious Diseases & International Health at the University of Virginia.

The idea was to apply a groundbreaking technique used in cancer research to the study of infectious disease. Together with Chelsea Marie, PhD, postdoctoral researcher in the Petri Laboratory at Virginia, they sought to determine if the elimination of any one cell could provide immunity to Entamoeba histolytica, through the silencing of genes found in human cells.

This was done by using a technique called RNAi, which allowed them to create a library of bladder cancer cells with thousands of independent, silenced genes. These cultures were then challenged with the E. histolytica parasite.

When this technique is used in cancer research, they look for genes that make cells more susceptible to chemotherapy when silenced. For this research, the infectious pathogen was the analogue of chemotherapy.

While the parasite managed to decimate many thousands of those independent cell structures, a small number appeared to resist it. In order to find out if these silenced genes offered immunity to these cells or merely survived by chance, Marie retested those cells that had survived.

This process was repeated over nine generations of cells, and over these generations of selection, the cultures became more and more enriched for cells that lacked certain genes. The genes that presented resistance were then identified using next generation sequencing.

This revealed that many of those genes were involved in potassium transport, managing the flow of potassium into and out of human cells. A follow-up experiment then revealed that new intestinal cells treated with E. histolytica demonstrated potassium efflux just prior to cell death. That meant that those cells that were unable to transport potassium didn’t die.

The researchers then reversed the direction of their experiments in order to confirm that this was indeed what was causing the resistance to the parasite. They took new cells and blocked their ability to transport potassium, through the use of drugs. By blocking potassium efflux, they were able to manufacture cells that were resistant to the parasite.

The targeting of human genes that enable E. histolytica to cause disease is a major discovery. It demonstrates that cancer-science approach can be applied to the field of infectious disease in order to explore genetic mechanisms of resistance.