Texans love all things armadillo. It is the state animal and Texas has become somewhat of a haven for hunting the small creature. In Louisiana and Texas, people hunt, skin and eat armadillos. Nothing exemplifies this all-things-armadillo attitude quite like the fact that barbecued armadillo and armadillo chili are popular delicacies in Texas. During the Great Depression Texans went as far as to stock their pantries with armadillos.

Every year, a significant number of people in southern United States walk into emergency rooms presenting with lesions of unknown origin. The lesions are quite clearly as a result of leprosy, but with some patients showing no history of foreign exposure (leprosy is not endemic to the United States) how they ended up with leprosy had always been somewhat of a mystery. Leprosy is rare in the United States, with only about 150 new cases reported each year — the majority of affected people lived or worked abroad in leprosy-endemic sub-tropical regions and may have acquired their disease there.

Leprosy is not highly infectious — caused by the slow-growing bacillus, Mycobacterium leprae, and transmitted via droplets from the nose and mouth of infected and untreated patients. It can cause nerve damage, leading to muscle weakness and atrophy, and permanent disabilities when left untreated.

It was in a lab in Baton Rouge, Louisiana that the case was first confirmed. Whole-genome resequencing of the leprosy bacteria from one wild armadillo and three US patients with leprosy revealed that the infective strains were identical. Infected armadillos had been reported across the southern United States, in Alabama, Arkansas, Louisiana, Mississippi, Texas, and Mexico, with several case reports have suggested that armadillos may be a source of the bacteria. The building body of evidence that these small animals act as a reservoir for the disease.

Even though leprosy is exceptionally rare in the United States, it seems exposure to armadillos in southern states is quite common. Authors publishing in the New England Journal of Medicine show that a single predominant strain is involved in most human and armadillo infections. Transmission is relatively easy, either direct or indirect, involving fomites. Although in this case the authors suppose it occurs most frequently through long-term direct contact with an infected host as the bacteria doesn’t last for long out in the environment. 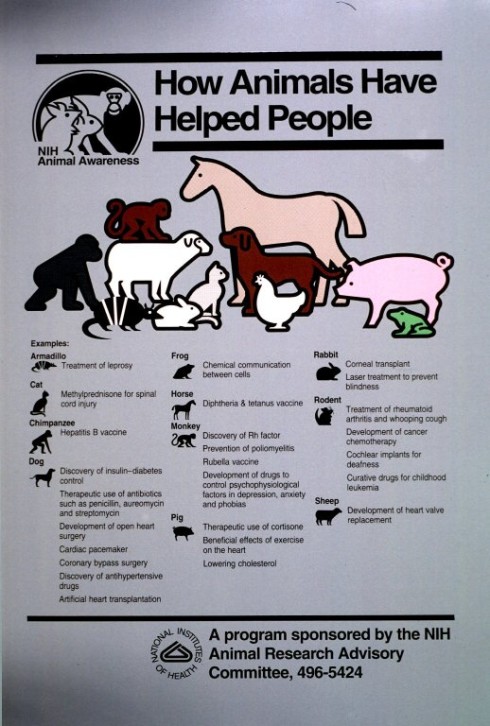 Historically, leprosy had been hard to study. Very few animal models provided an adequate host for the disease. It grows vigorously in one animal — the armadillo, a fact discovered only in the 1970s at another federal laboratory in Baton Rouge. The nine-banded armadillo, Dasypus novemcinctus, is the only species of armadillo that occurs in North America, wondering north from Central America sometime during the early Pleistocene.

There was a time, before sophisticated experimental techniques, when the bacteria for leprosy couldn’t be cultured. Research, especially research that deals with combating infectious diseases relies heavily on being able to culture the infectious agent in a controlled environment. They tried experimentally to transmit the bacteria to other animals such as mice — but failed. Not being able to produce enough bacteria to be truly useful is always a setback for research. Add that to the fact that mice don’t live very long and human leprosy can be over the course of two decades.

Armadillo leprosy closely resembles the infection in humans — the lesions in its nerves was evidence of the armadillo as a suitable model animal.

Today, it is estimated that a third of the leprosy cases that arise each year in the United States almost certainly result from contact, in one form or another, with infected armadillos. Interspecies transfer of the disease is uncommon and inefficient, but within the armadillo species transmission is efficient.

What is becoming more and more evident is a complex problem — the ever increasing, incrementally advancing scourge of certain tropical diseases towards previously virgin areas, together with the fact that doctors have never seen these sorts of exotic diseases on a regular basis means there is frequent misdiagnosis. And as an estimated 70 percent of new emerging infectious diseases were known to have animal origins, perhaps it’s time to reflect and reframe the question.

The microbe that causes leprosy is a fragile one. It does not grow in laboratory petri dishes, and survives only a week or two in moist soils. Its presence in armadillos predates the fact we use it as a disease model. Ironically, armadillos would have acquired it from humans sometime in the last 400 to 500 years — sometime after colonization of the New World. Now they’re giving it back…