It boasts, struts, and flaunts with that kind of assurance that only comes from the mentality of knowing that you are right, and that even if you may be wrong, others will admire you for it. This is Paris.

Where other cities flowed and spilled out to occupy a space larger than its originality, Paris said enough is enough and contained itself. To this day only the “arrondissements” count. Anywhere outside “le périphérique” and you are demoted to “les banlieues”, with all the meaning that entails.

And so, with this in mind, we begin our story in 19th century Paris. Paris was suffering under the weight of its own self-importance. With an ever-increasing population, an almighty scourge was about to inflict itself on a population.

In the past, much like in the future, people will give it all up to live in cities. Immigrants from the countryside in search of employment came to Paris in their numbers — only to be met with the other side of urbanity’s progress.

The image of Paris was one only metaphor can convey. Paris was sick. So sick even the bourgeoisie avoided its inner ‘beauty’. By 1832 cholera would firmly appropriate this metaphor.

The story is one we could talk about in statistics. But the story of cholera in Paris in 1832 is one best talked about in revolutions (both scientific and social) and repercussions. The story of cholera in Paris is one that goes hand in hand with the mindset of Paris. The mentality and mindset of an entire city, right from its lofty bourgeoisie to its most lowly inhabitants.

Writers, academics, philosophers and the French societal elites became obsessed with poverty and the poor. We must remember that at this point in time not much was known about disease. Koch and germ theory were a few decades away. Thus poverty and its stench were written about and debated through this lense.

The perfect fictional disease goes something like this: the germ spreads in all directions, no safe place, no cure and no protection. It spreads when the diseased are still symptomless. Quarantine is the only escape — don’t let them in, not even your friend. Some are still in doubt of its existence — the naive will be the next to fall. Some call it forgiveness and some refer to it as God’s vengeance. The poor say the rich have the cure, the rich say the poor are the cause. Retired revolutionaries say it’s nothing more than a psychological war, invented by the press just to sell column inches. The nuns blame the whores and the whores blame the nuns. The scientists are lost without consensus. Some say it only infects the mind… the others say it steals the soul. The hobo on the street corner with the sign that reads “the end is nigh” knew it all along. 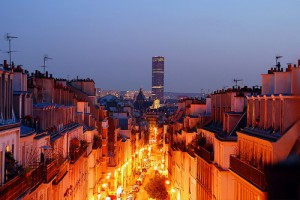 Then… cholera came to Paris!

Cholera attacked Paris with a discrimination that is hard to believe wasn’t personal — the disease claimed no other life outside of Paris in its early days. Passing through the countryside and with a single jump arriving in the nation’s capital. It first came to France in 1832 from England via Calais. March 15th was the first recorded case. Even with no railways at this time the disease moved remarkably quickly, taking only 11 days to traverse the 260 km to Paris. In March, 90 people died. In April it was 12,733. In 1832 the population of Paris was a meek 785,862 so this was no small portion of the damned and meek.

Like love, a new epidemic disease is most fatal in the first instance. Further epidemics of cholera would not leave as much of an imprint on the city. Due, in part, to the fact that Paris had learned its lesson.

The diseases came to a halt just as quickly and with as much verve as it had started. By July the worst of it was over and deaths were on their way down. Those that had fled the city looking for a safe place began to return. By September it was over. In total 18,402 people perished.

17 years would elapse before cholera yet again returned to Paris, by that time Haussmann had already recreated Paris in a Napoleonic image. The difference being that many districts had been demolished… to make way for light and air and space in the heart of the city. “Les grandes boulevards” being a symbol of this rebirth.

Haussman’s Paris was the much needed tonic for an ailing city. Slums, crammed, without air or light — people and animals living in the putrid flows of waste were now consigned to the history books. The proof was in the numbers — deaths per 100 000 inhabitants decreased at each successive wave of cholera epidemic in the 1800s across Paris.

The revolution that caused a disease

Cholera and revolution were one and the same. Both hidden in plain sight until it was too late. Both unable to control. Both linked to indulgence and over-excess. Government’s preventive literature of the time distributed to the public about cholera cautioned Parisians to avoid “excesses of any kind.”

As a result, the disease was given a familiar face.

In the end, revolution, they put it, could not cause cholera. But as we have seen elsewhere — cholera can cause revolution.

1 thought on “Panique au village: the revolution that caused an epidemic”