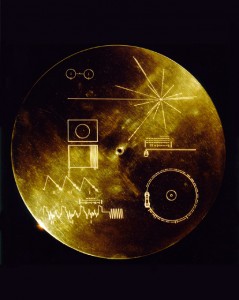 The month of August indeed belonged to the tiny rover that could — Curiosity. We were all hooked right from the landing and until those first images of the red planet were beamed back. Not even Will.i.am could spoil it for us. We revelled in everything in between, from the missed high-fives, peanuts, Neil deGrasse Tyson’s conversation with the rover, to — yes, unfortunately — Will.i.am’s new single being broadcast from the surface. Curiosity even spawned this generation’s cultural hallmark that is the fake twitter account. If there is any one milestone that denotes you’ve reached a certain level of cultural status… it’s the fake twitter account. From Mrs Rupert Murdoch to dead literary figures, the fake twiteratti are just as important as the real ones.

In an odd roundabout way, all of this got me thinking about a bizarre event that happened in 1977.

The United Nations debating such topics as aliens and extra-terrestrial encounters of any kind seems like something confined to the annals of science fiction. And yet, the most significant debate any international body has had on the prospect of alien encounter happened at the 32nd session of the United Nations General Assembly, for reasons unbeknown to me and probably many at the committee.

He began with a reading from the Bible — Psalm 100, then launching into an engaging speech that touched on freedom and independence of nations, human rights, wars and conﬂicts. It quickly took on another flavour. The smallest nation in the UN (at the time) had centre stage and was determined to make the most of it. Mr. Gairy began to speak of unidentified flying objects (UFOs) with the same unabashed enthusiasm he was getting a reputation for.

He concluded by recommending that not only the UN take it seriously but they should set up a department to study UFOs. The UN already had a space outfit — the Ofﬁce of Outer Space Affairs, initially created in 1958 as a small expert unit within the Secretariat to service the ad hoc Committee on the Peaceful Uses of Outer Space. This unit, in light of the man from Grenada’s stirring speech, was tasked to prepare a document on issues related to “messages to extra-terrestrial civilizations”, an area of work that the UN has largely forgotten about since then.

The UN’s deliberations on the matter had the unfortunate timing of being around the same time as the messages on the two Voyager spacecrafts were launched in August and September of 1977. Voyager carried the ﬁrst work of art towards the edges of the Solar System. Today, Voyager 1 is 18 billion kilometres from Earth.

“As the Secretary-General of the United Nations, an Organization of 147 Member States who represent almost all of the human inhabitants of the planet Earth, I send greetings on behalf of the people of our planet. We step out of our Solar System into the universe seeking only peace and friendship; to teach if we are called upon; to be taught if we are fortunate. We know full well that our planet and all its inhabitants are but a small part of this immense universe that surrounds us, and it is with humility and hope that we take this step.”

Why did the man from Grenada decide that alien encounters were of sufficient importance to bring it up at a UN General Assembly? Who knows. Gairy’s fascination with the alien and extra-terrestrial would eventually be his political undoing. On March 12th 1979 he left Grenada for more talks about UFOs with the UN. The very next day, Maurice Bishop, of the opposition party “New Jewel Movement”, took control of Grenada in a coup. Gairy subsequently went into exile in the US for five years, and though he eventually returned home, he and his party never managed a return to power.

So in 1977 the United Nations took the possibility of extra-terrestrial life seriously, perhaps for one of the only times in its history, thanks, in small part, to that man from Grenada.