Today, October 16, is Ada Lovelace Day, a celebration of women in science, technology, engineering and mathematics (STEM) related fields. On this occasion, we recognize how women have revolutionized STEM and share their inspirational stories. 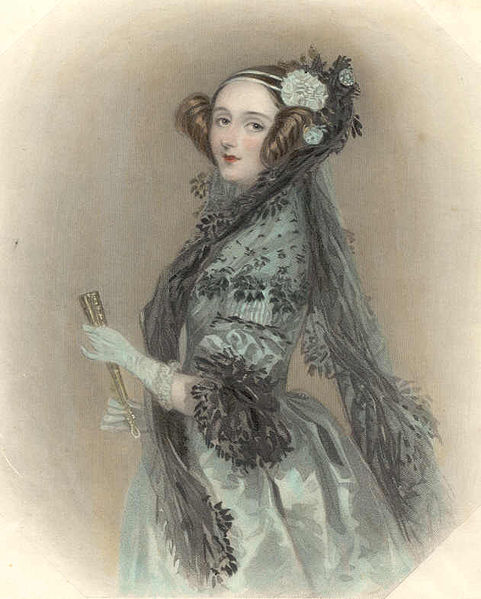 As the first woman to be awarded a Nobel Prize, Marie Curie also remains the only woman to ever receive two of these prestigious awards in different fields. Researching radiation and discovering radium and polonium, she paved the way for years of physics and chemistry research.

Ida Hyde experienced enormous sexism throughout her career; however she was honoured as the first woman to complete a PhD at the University of Heidelberg. Later, she became the first woman to complete research at Harvard Medical School and was elected to the American Physiological Society in 1902, an entirely male committee at the time. Her research revolutionized neurophysiology through the development of a small, stimulating electrode which is able to inject and remove material in a cell.

Rosalind Franklin was a biophysicist who graduated with a degree titular from Cambridge University in 1941, as at the time, women were not entitled to doctorate degrees. Eventually receiving her PhD in 1945, Franklin went on to produce x-ray diffraction photographs, leading to our understanding of the DNA structure. Unfortunately her colleague, Maurice Wilkins, made available to Watson and Crick her then unpublished pattern of the B form of DNA. This pattern became the essential evidence for the discovery of the helical structure we recognize today.

Though sexism in STEM fields has greatly improved over the past century, there is continued concern for the lack of women advancing in these areas of study. Today, in an average sized Canadian elementary school, only one child is likely to receive a PhD in science or technology, and it is likely a male. At the Bachelor’s level of study, 40% more females are enrolled in Canadian universities than males. However, only 37% of Canada’s undergraduate students in science and engineering are female. This percentage significantly decreases with each additional degree, with a 2 to 1 ratio of males to females studying doctorate degrees.  Only 25.6% of females in a PhD program are studying Natural Sciences or Engineering.

However it’s never too late to change these statistics. Women have revolutionized STEM in the past and will continue to do so well into the future. It is thus essential that an interest in science, technology, engineering and math is cultivated from a young age, especially for the female population. In Canada, programs such as Youth Science Canada, Science Expo Youth Empowerment Group and Smarter Science encourage youth to get involved in inquiry based science. Australian programs such as the National Youth Science Forum are of a similar nature for year elevens. Unfortunately, there are still few programs in existence which solely promote females in STEM.

Though encouragement is lacking, young women persevere and continue to complete ground breaking research, such as Janelle Tam, a 17-year old who used tree nano-particles to create an anti-aging compound, or Rui Song, a 14-year old who identified a molecular marker for lentil crop diseases.

Let’s celebrate Ada Lovelace Day by reflecting on the revolutionary accomplishments of female scientists, engineers and mathematicians, and remember that it only takes one person to change the world.

“We share the same biology, regardless of ideology” –Sting