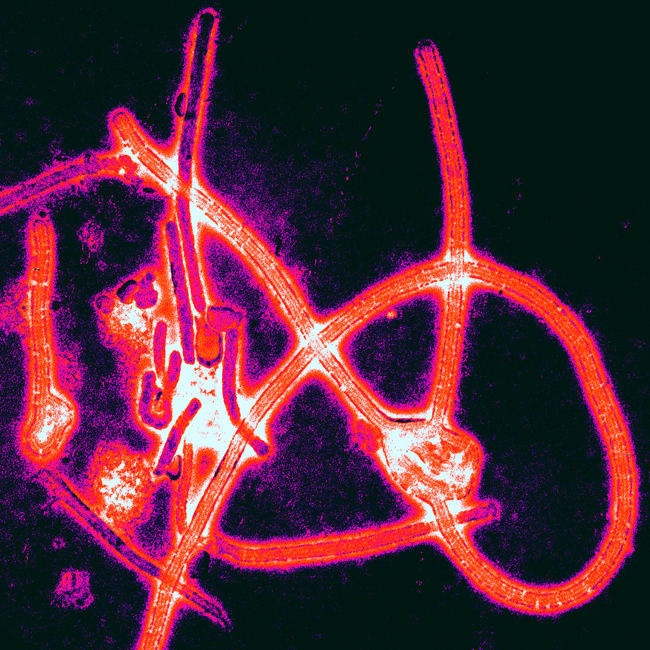 “…the last big outbreak I experienced in Uganda [was] in 2007. When MSF arrived a lot of the staff in the hospital had died and the rest had run away because they were scared.”

— Dr Kamalini Lokuge, who is about to head off to Uganda with MSF to fight the latest outbreak.

At the end of July, the Ugandan ministry of health notified the WHO of an outbreak of Ebola haemorrhagic fever in Kibaale district in western Uganda. Since the beginning of July, 24 cases — a mix of probable and confirmed, including 16 deaths have been reported (only 10 cases have been laboratory confirmed).

Even though just 2,306 cases have been reported since the disease was first recognised in 1976 in the country formerly known as Zaire (now the Democratic Republic of Congo), the virus kills two in every three.

Ebola is also a virus that works against its own best interest. It kills quickly — within the first week of August, the outbreak had already claimed the lives of 16 people. And because of this simple fact, most outbreaks aren’t long-lasting and are self-limiting. But the simple way in which the virus passes from one person to another (transmission between humans taking place through direct contact with the blood and/or secretions of an infected person) sets in motion alarm and panic within a populus. Caring for the sick becomes a true test of altruism. Whole families can become infected when they are caring for a sick relative. With this recent outbreak, 9 of the 16 deaths have occurred in a single household.

Evidently the way the virus kills captures the imagination — a virus that turns your internal organs into soup, resulting in you bleeding through every orifice. But outside of that, the fact still remains that there is still no cure, and with every outbreak the first to respond will be the ones at the most risk. And in resource-poor settings without running water, and hospitals without the basics, the risks are very high.

In 1976 in Sudan, during the first ever recorded outbreak of the virus, 61 out of the 154 nursing staff at the hospital caught the virus — of whom 33 died.

In 1995, an outbreak in Zaire resulted in health workers making up a quarter of the 315 confirmed cases.

In the ninth week of the 2001 outbreak, the man who first alerted the ministry of health to the outbreak, a medical superintendent at the hospital, died from the virus.

In 2007, after a late-confirmed outbreak of the virus, nurse Kiiza Isaac caught and survived a bout of Ebola.

This year, of the deceased one was a clinical officer who caught the virus after attending to a patient and her 4 month-old infant.

Undoubtedly, there are many more individual stories of those that were caring for the sick succumbing to the virus. This is the virus’ most pronounced footprint it seems. Added to the image of death it conjures up, the fear of catching it is multiplied. And that is what it does to a population. Every time ebola strikes, fear manifests as panic.

Reaction of the threat of Ebola spills out in many different ways. During the 2001 outbreak, a suspicious death of a man in hospital in Kampala set-off a literal stampede where health workers and patients fled from the scene.

A man in Iganga — 400 km away from the nearest confirmed case — barricaded himself and all his family inside their house with supplies of food and water in an attempt to last-out the outbreak.

Banks clerks wore gloves when handling money for fear of the virus.

Despite the panic from the local population whenever Ebola strikes, it is the reassurance of direct patient care from the multitude international organizations that puts people at ease. Since the outbreak was reported the Ugandan ministry of health has worked with the WHO, CDC, Red Cross, MSF, World Vision, and PREDICT to control the outbreak of the virus.

“Technically, responding to an Ebola outbreak is not that complex, but people are reassured when an organisation with expertise is there. Once MSF comes and sets up the isolation unit, you see that people start thinking, well this is something we can manage.”

1 thought on “Fear of Ebola”