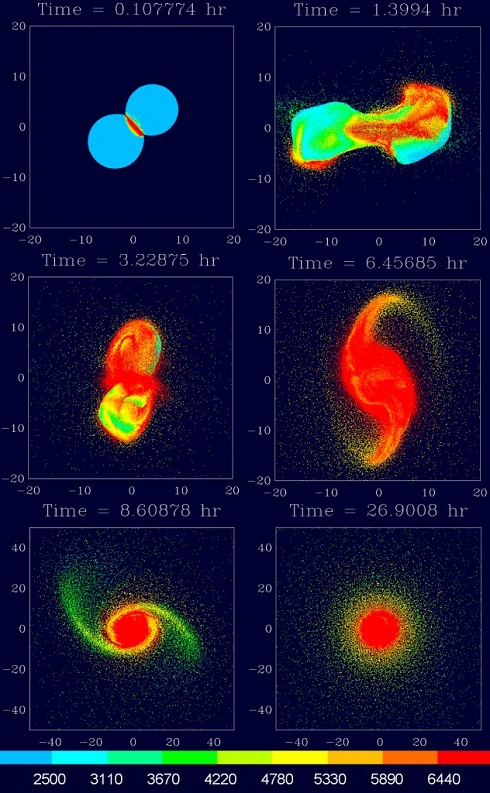 It began… where it always begins — out there — in the vastness of space. What would it look like, that void of empty nothingness? So early on in the sound of creation, indescribable things all around. Not yet planets, not yet moons. Not yet defined. A titanic mass of rock. Different. Ugly and melancholic. Mischievous and cumbersome. As immediately as it’s gone, another smaller rock — about a tenth the size of its predecessor — in the other direction. We will come to realise that they are almost on the same path. A perilous planetary orbit around our sun.

One is a destroyer. The other is to be destroyed. The larger mass continues to grow as it gobbles up remnants from a cloud of dust. A hot, violent place with molten rock mantles wrapped around a dense hot core. On the other side of our sun swings the smaller mass. Both will have the same fate. On the far side, they collide. A cataclysm of apocalyptic proportions. In the vacuum/vacuous of space not a sound is heard. The smaller rock ploughs into its destroyer, like the little man in a fight with a lot to prove. It sinks deep into its molten core. Spiralling vast amounts of debris in long arcs into orbit. Debris, drawn together by nothing more simple than gravity, clump together, forging something close to a primitive moon. And with primitive moons come primitive planets. Finally, one defines the other.

This has always been the theory… at least, more eloquently put in the form of maths, calculations, numbers and analysis. The origin of our Moon by giant impact has always been the leading theory. Leading because it is able to explain so many features of the Earth-Moon system. From it’s current spin and angular momentum to its composition. Both Earth and Moon are very similar in their oxygen, tungsten, chromium, and titanium isotopes — leading to the logical conclusion that one was formed from the other, since these isotopes vary differently in different planetary bodies and meteorites.

However, simulations have shown this not to be the case. It is the Moon that should have a similar isotopic composition to the smaller impactor in this scenario, but instead it is made up mostly of material from Earth. Researchers had been tinkering around with the permutations and combinations to find such a scenario of impact that could satisfy all conditions. But to date, none had come close.

In papers published in Science by researchers from Harvard and the Southwest Research Institute, a new model is proposed. One that adequately accounts for a similarity in composition while also coming out with an appropriate mass for Earth and Moon. One paper describes two bodies of similar mass colliding slowly, while the other describes a giant erosive impact (with a small impactor) happening really fast. Both have the same solution to the problem. That is to have the Earth-Moon system losing angular momentum over time, reaching its present state through the Sun’s gravitational influence. Thereby, in the end, both coming to a compromise in explaining the physics and the overall geo-chemistry of the Earth-Moon system.