Contrary to the prevailing theories that music and language are cognitively separate or that music is a byproduct of language, theorists at Rice University’s Shepherd School of Music and the University of Maryland, College Park (UMCP) advocate that music underlies the ability to acquire language. 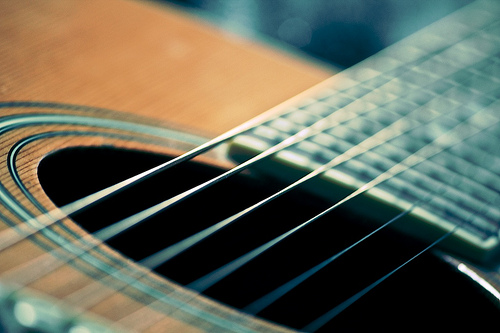 “Spoken language is a special type of music,” said Anthony Brandt, co-author of a theory paper published online this month in the journal Frontiers in Cognitive Auditory Neuroscience. “Language is typically viewed as fundamental to human intelligence, and music is often treated as being dependent on or derived from language. But from a developmental perspective, we argue that music comes first and language arises from music.”

Brandt, associate professor of composition and theory at the Shepherd School, co-authored the paper with Shepherd School graduate student Molly Gebrian and L. Robert Slevc, UMCP assistant professor of psychology and director of the Language and Music Cognition Lab.

The paper cites various studies that show what the newborn brain is capable of, such as the ability to distinguish the phonemes, or basic distinctive units of speech sound, and such attributes as pitch, rhythm and timbre.

The authors define music as “creative play with sound.” They said the term “music” implies an attention to the acoustic features of sound irrespective of any referential function. As adults, people focus primarily on the meaning of speech. But babies begin by hearing language as “an intentional and often repetitive vocal performance,” Brandt said. “They listen to it not only for its emotional content but also for its rhythmic and phonemic patterns and consistencies. The meaning of words comes later.”

Brandt and his co-authors challenge the prevailing view that music cognition matures more slowly than language cognition and is more difficult. “We show that music and language develop along similar time lines,” he said.

The paper explores many connections between listening to speech and music. For example, recognizing the sound of different consonants requires rapid processing in the temporal lobe of the brain. Similarly, recognizing the timbre of different instruments requires temporal processing at the same speed — a feature of musical hearing that has often been overlooked, Brandt said.

“You can’t distinguish between a piano and a trumpet if you can’t process what you’re hearing at the same speed that you listen for the difference between ‘ba’ and ‘da,'” he said. “In this and many other ways, listening to music and speech overlap.” The authors argue that from a musical perspective, speech is a concert of phonemes and syllables.

“While music and language may be cognitively and neurally distinct in adults, we suggest that language is simply a subset of music from a child’s view,” Brandt said. “We conclude that music merits a central place in our understanding of human development.”

Brandt said more research on this topic might lead to a better understanding of why music therapy is helpful for people with reading and speech disorders. People with dyslexia often have problems with the performance of musical rhythm. “A lot of people with language deficits also have musical deficits,” Brandt said.

More research could also shed light on rehabilitation for people who have suffered a stroke. “Music helps them reacquire language, because that may be how they acquired language in the first place,” Brandt said.

The research was supported by Rice’s Office of the Vice Provost for Interdisciplinary Initiatives, the Ken Kennedy Institute for Information Technology and the Shepherd School of Music.