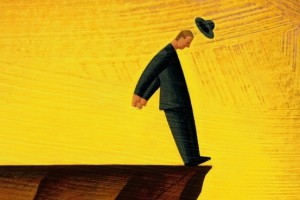 It seems the rate of everything has increased exponentially. A very bold, vague, yet intriguing statement, you might say.

During the course of the past 2 weeks, Hurricane Sandy devastated the East Coast of America, followed closely by a nor’easter. So my science picks for this week center on the themes of natural disasters, planning, global warming and Space, and the rate of which we have to increase our thinking and innovation in order to get ahead of these issues, before they become serious problems.

So let’s get started.

I was out of town when Hurricane Sandy struck. My neighborhood in Brooklyn was pretty much untouched. While I heard reports from friends not having power, and subways and airports being closed, it wasn’t until watching the hurricane relief telethon that I realized the magnitude of destruction. And I chose the following article by our very own Charles Ebikeme because it is important to remember that Haiti has yet to recover from several rounds of natural disasters. The U.S. will rebuild. Considering a large portion of the Haitian population still remains housed in tents from the earthquake, will they be able to rebuild? Before the next natural disaster strikes?

This next story appears in the current issue of Scientific American and drives home the point why immediate action on climate change, energy and planning (community planning) is necessary to attempt to prevent incidences such as Sandy, or at least lessen the amount of destruction as much as possible. Obama won re-election this week. And while there is no shortage of issues to tackle, the President needs to implement an energy policy for this country. And it’s called global warming, so I hope the world can come together within the next four years and knock out a sound plan.

The potential for faster feedbacks has turned some scientists into vocal Cassandras. Those experts are saying that even if nations do suddenly get serious about reducing greenhouse gas emissions enough to stay under the 450-ppm limit, which seems increasingly unlikely, that could be too little, too late. Unless the world slashes CO2 levels back to 350 ppm, “we will have started a process that is out of humanity’s control,” warns James E. Hansen, director of the NASA Goddard Institute for Space Studies. Sea levels might climb as much as five meters this century, he says. That would submerge coastal cities from Miami to Bangkok. Meanwhile increased heat and drought could bring massive famines. “The consequences are almost unthinkable,” Hansen continues. We could be on the verge of a rapid, irreversible leap to a much warmer world.

It seems University of Melbourne engineers have developed an ingenious system that could play a significant role in reigning in CO2 emissions. Science and industry…GO!

How to Capture CO2 by THE UNIVERSITY OF MELBOURNE

The quest to capture carbon dioxide is crucial to a cleaner future and once captured, carbon dioxide can be compressed and safely stored. It is also a useful source for chemical manufacture. However, current processes are inefficient and require several stages of refining and extraction before a pure form of carbon dioxide is produced.

If all else fails…there’s always Space! Which would be interesting from a planning perspective if we do come to the reality of colonizing space for human habitation because Earth has been devastated by global warming and natural disasters. This last post is also from one of our own, Australian Science author, Kevin Orrman-Rossiter.

I’m still trying to collect the shards from having my mind blown while reading this over my morning coffee yesterday. Astrobiology. It opens up a labyrinth of questions. Read for yourself.

Does my science look big in this? The astrobiology edition. by Kevin Orrman-Rossiter

Life is unique to earth in the physical universe scenario, and the options flow from this situation – think of Isaac Asimov’s Foundation series. We will certainly interact with extraterrestrials in the biological universe – here cosmic evolution commonly ends in life, mind and intelligence.

Hope you enjoyed this week’s pick of science articles! Stay thirsty for knowledge!