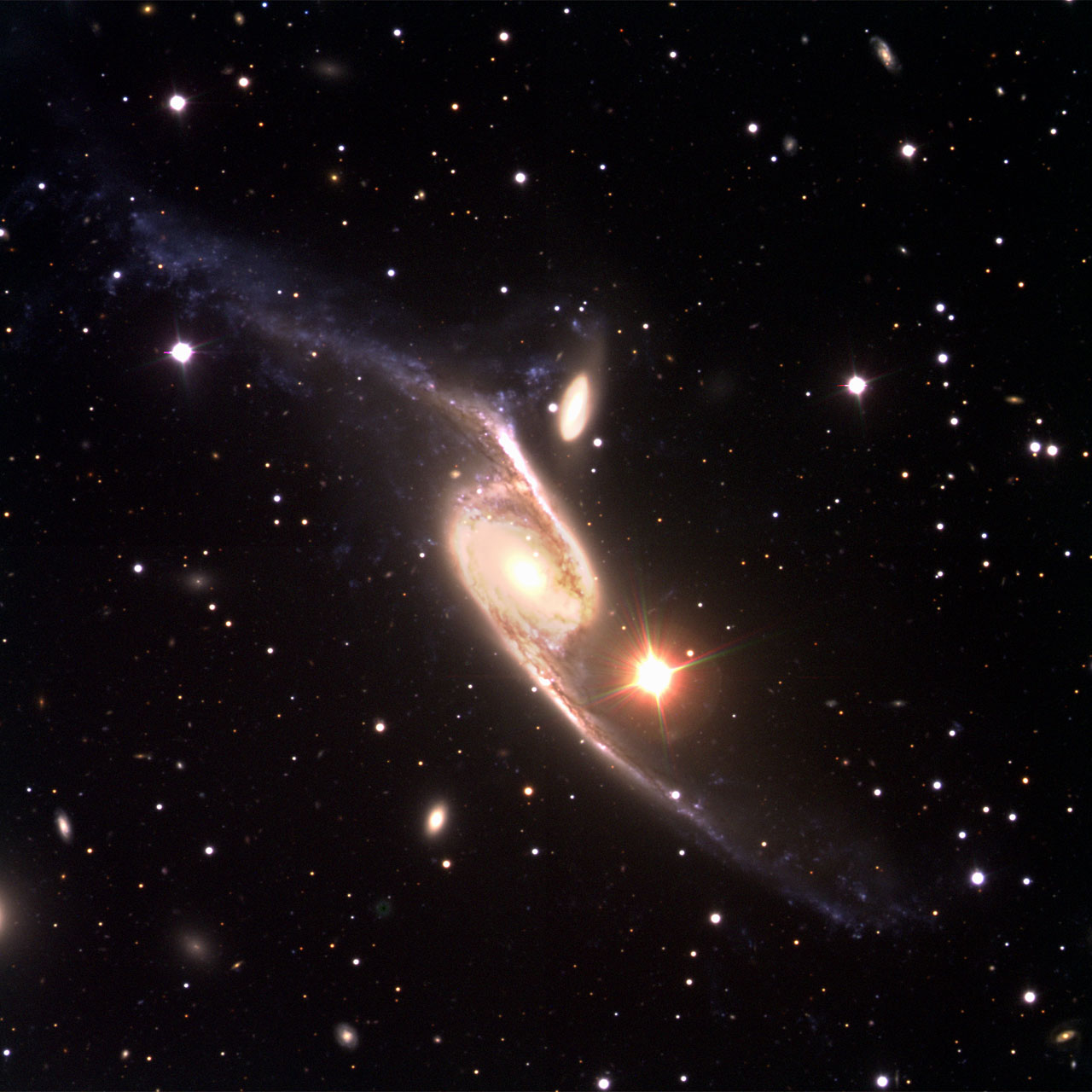 Three-colour composite reproduced from one blue (B), one green-yellow (V) and one red (R) exposure, obtained with FORS1 at ANTU (VLT). The field size is again 6.8×6.8 arcmin 2. It shows the spectacular barred spiral galaxy NGC 6872 that is shaped like an “integral sign”. It is of type SBb and is accompanied by a smaller, interacting galaxy, IC 4970 of type S0 (just above the centre).

The bright object to the lower right of the galaxies is a star in the Milky Way whose image has been strongly overexposed and exhibits multiple optical reflections in the telescope and instrument. There are also many other, fainter and more distant galaxies of many different forms in the field. They are particularly well visible on the “Normal” and “Full Resolution” versions of the photo.

The upper left spiral arm of NGC 6872 is significantly disturbed and is populated by a plethora of blueish objects, many of which are star-forming regions. This may have been be caused by a recent passage of IC 4970 through it. This interesting system is located in the southern constellation Pavo (The Peacock). It is comparatively distant, almost 300 million light-years away. It extends over more than 7 arcmin in the sky and its real size from tip to tip is thus nearly 750,000 light-years. It is in fact one of the largest known, barred spiral galaxies.

In order to image all of this extraordinary object within the available field of the FORS1 camera, the instrument was rotated so that the galaxy extends along the diagonal. For this reason, the orientation is such that North is to the upper right and East is to the upper left.
Credit: ESO