October was a busy month with plenty of events, meet-ups,  moving, research progress, writings, beautiful change of season, new members of the sci-blogging community, and other exciting things. Also, lot of wonderful writings by Australian Science authors, science bloggers, and new intiatives and design of the site that we are working on for some time now. 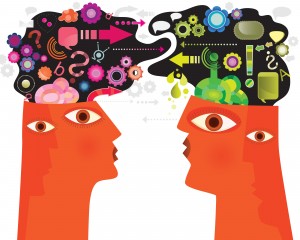 Whether you are a parent, teacher, student or simply an interested enthusiast, here are a number of interesting sites, podcasts, and social media people for you to draw on as you get going in amateur astronomy. Podcasts provide an amazing resource – all free. Most are available via iTunes, the original publishers’ websites, or a raft of other podcast aggregators. There are very good apps to allow you to download podcasts to your smartphone for listening when suitable. Read more>>>

For sale: One world class infrared telescope by Markus Hammonds

The world’s largest and most productive dedicated infrared observatory just went on the market in an unprecedented attempt to try and prevent it from being shut down and dismantled. In a bold move, the directors of the United Kingdom InfraRed Telescope (UKIRT), based on Mauna Kea in Hawaii, have just released a prospectus detailing the telescope’s impressive achievements and capabilities in the hopes that they can find sponsorship and save the observatory from certain doom. That may sound melodramatic, but doom genuinely is the most fitting description. Read more>>>

The evolution of human mortality by Charles Ebikeme

How long until we live forever? The general consensus is that we are getting older and living longer. Despite consequences and kryptonite, it is getting easier to stay alive. Heaven can wait, it seems. Every year each baby born is expected to live 3 months longer than its predecessor of the previous year. This has been the case for the last 160 years. A stunning display of the ability we humans have to prolong the length of life. Read more>>>

In the 1800s, Ada Lovelace, an English mathematician, worked with inventor Charles Babbage on a plan for an “analytical engine.” Though the device was never actually made, it is considered the first computer model, and Ada Lovelace, the first computer programmer. Today, October 16, is Ada Lovelace Day, a celebration of women in science, technology, engineering and mathematics (STEM) related fields. On this occasion, we recognize how women have revolutionized STEM and share their inspirational stories. Read more>>>

What do Australia and India have in common? The answer is that they both share one of Earth’s tectonic plates – the drifting eggshell-like pieces of Earth’s crust, on which all of our planet’s continents sit. However, the Indo-Australian Plate is a slightly unusual one, and the two countries may not share it for much longer. Recent Earthquakes beneath the Indian Ocean suggest that this plate may be in the process of breaking in two. Read more>>>

And Payload really packs a punch. There were so many messages; messages of a society that travelled down a drainpipe. Clarke’s Town is a place that would have just about every council of the United Nations mired in details and confusion and working round the clock. The issues raised in this fictional setting being human trafficking, prostitution, the sale of human organs or body parts, smuggling, security, poverty, gender, food, clothing, education… corruption is everywhere. Read more>>>

Pioneer 10 and 11 unveiled the solar system during the golden-age of robotic exploration. Their missions were a success; Pioneer 10 threading the asteroid belt to provide our first close view of Jupiter and its moons, Pioneer 11catapulting past Jupiter and foraying through the plane of Saturn’s rings. The Pioneers, true to their name, kept travelling – out of the solar system – into space legend. Read more>>

The astronomy world has been buzzing since it was announced on 24 September – C/2012 S1 is a new comet that could be lighting up our skies like none in living history by November 2013. It’s been named Comet ISON after the telescope research network used to discover it – the International Science Optical Network, using its 16″ telescope in Russia. It has since been confirmed, using one of the scopes from the public subscription-based telescope network iTelescope. Read more>>>

The Continuing Saga of the Genetically Modified Plant by Kelly Burnes

With Halloween approaching and food policy on the minds of mayoral and national governments, I thought it a fine time to take a look at Frankenfoods – or genetic engineering of the fruits, vegetables, fish and meat we put in our bodies for sustenance. Is any other industry so terrifying, causing such alarm among mothers, farmers and politicians? Genetically modified foods first hit the market in 1994, (Remember the Flavr Savr tomato from Calgene?), long before labelling actually informed us of what we were or were not consuming. Read more>>>

Panique au village: the revolution that caused an epidemic by Charles Ebikeme

It boasts, struts, and flaunts with that kind of assurance that only comes from the mentality of knowing that you are right, and that even if you may be wrong, others will admire you for it. This is Paris. Where other cities flowed and spilled out to occupy a space larger than its originality, Paris said enough is enough and contained itself. To this day only the “arrondissements” count. Anywhere outside “le périphérique” and you are demoted to “les banlieues”, with all the meaning that entails. And so, with this in mind, we begin our story in 19th century Paris. Read more>>>

The Soviet Union launched Sputnik 1 into an elliptical low Earth orbit on October 4, 1957. This surprise precipitated the space age and triggered the space race. The success ushered in new technological, political, military, and scientific developments. On April 12, 1961, Yuri Gagarin became the first person in history to leave the Earth’s atmosphere and venture into space. His flight aboard a Soviet Vostok rocket lasted 108 minutes, at the end of it he had ignited the manned space race. Who were men who responded to these Soviet firsts, launching America into space and then onto the moon? Read more>>>

If you are interested in science blogging, and contributing to Australian Science, contact us, and check out the Editor’s note.