Lot of events happening this September and I’m looking forward to share with you some wonderful articles and interesting posts, interviews for you to read. We have weekly science blogging picks with the guest editor each week, now it’s almost a tradition called #ScienceSunday, you can search for it on Google Plus as well.  We are coming out soon with the new design for the Australian Science and some new interesting initiatives. 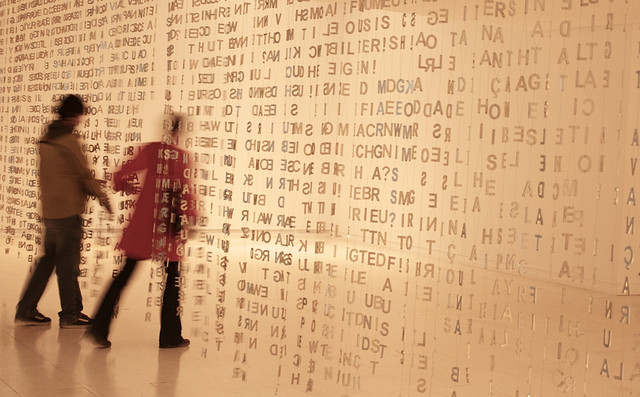 Contact us if you’d like to join our team of science and tech bloggers and authors – please read the Editor’s note, also if you’re interested in Weekly Science Picks scroll down the article to find about it more. The Australian Science recap of the September 2012:

Lighting the Imagination in Science by Kelly Burnes

Let’s think about the role of imagination in science. The process of imagination is on display everywhere in an early childhood classroom. But by the time they reach middle school, students seem to burn out and tire of science. Where is the imagination? What is driving the curiosity?

McIntyre indicated that in addition to exposing children to science, it’s also essential “to develop the attributes of curiosity that are necessary to the investigations around science.” One way Mitchelton incorporates this active learning involves activities from CSIRO – The Commonwealth Scientific and Industrial Research Organisation. Ms. Spencer has used numerous activities from CSIRO, in her classroom and feels CSIRO provides a valuable resource for science teachers in Australia. She appreciates that the activities are enquiry-based and directly linked to the different strands of the Australian Curriculum.

Alien encounters and the man from Grenada by Charles Ebikeme

Why did the man from Grenada decide that alien encounters were of sufficient importance to bring it up at a UN General Assembly?

A long time ago in a galaxy far, far away by Markus Hammonds

Ancient galaxies like these are difficult to see, purely because they’re so distant. So few photons make it this far that only the most sensitive telescopes can make them out, and even then they need a helping hand. The bloom of galaxies in this image is a massive galaxy cluster called MACS J1149+2223. A collection of galaxies bound together by gravity, clusters like these are some of the largest and most massive objects in the Universe.

A main driver of our work is the motivation to deliver not just rigorous research but also real world impact. We first started off with a study that significantly shaped the social sustainability strategies of the Kelvin Grove Urban Village, the Queensland Government’s flagship urban renewal project in inner-city Brisbane.

The lab operates across the three domains that I mentioned earlier: people, place and technology, and so we house post-docs and research students from a variety of backgrounds: humanities and social science; urban planning, design and architecture; and human-computer interaction, information technology and computer science. What binds us all together is the shared focus on the nexus of all three areas.

Science or fringe science? Removing the ‘giggle factor’ from Near Earth Object impacts by David Borradale

Two major events helped bring impact events back to the attention of scientists, the media and the public:
The first was the 1970s discovery of evidence  leading to the Chixiclub crater located under Mexico’s Yucatan Peninsula. This crater is thought to have been caused by an enormous impact event 65 million years ago from an asteroid or comet fragment approximately 10 km in diameter. The impact is now widely believed to have been the prime cause of the extinction of dinosaurs 65 million years ago (the Cretaceous-Paleogene boundary).
The second event was the highly publicised and observed 1994 impact of comet shoemaker-levy 9 with Jupiter.

The tribe that eradicated rinderpest by Charles Ebikeme

However, as is always the case, the reality of the situation proved much more complicated. With smallpox, no one was left behind.

2012 Winners from the 60SecondScience Video Competition – check out the results.

Results from the 2012 60SecondScience Video Competition have been released.  For the last two years 60SecondScience has been a global science event involving students and citizens from 40 countries. These citizen and student-created videos have been downloaded and viewed well over 700,000 times, and growing daily. The competition is sponsored by DEECD Victoria, Australia.

The updated recommendation document includes a section on licensing and reuse (see the three listed below). The document “recommend[s] CC-BY or an equivalent license as the optimal license for the publication, distribution, use, and reuse of scholarly work.”

OMP is an open source software platform for managing the editorial workflow required to see monographs, edited volumes, and scholarly editions through internal and external review, editing, cataloguing, production, and publication. OMP will operate, as well, as a press website with catalog, distribution, and sales capacities.

Weekly Science Picks is a science blogging practice we established recently and every Sunday we have a recap of that week in the science blogosphere world wide, and a participation in the #ScienceSunday movement.  Take a look at the Guest Editor’s Weekly picks here (week 1), here (week 2), and here (week 3). Contact me (danica@australianscience.com.au) if you’re interested in writing Science Weekly Picks as a guest weekly editor.