Science Sunday! Our recurring collection of some of the week’s blogs and science articles that you may have missed.

The month of December begins, as it always does, with World AIDS Day. A day to raise awareness about HIV/AIDS and demonstrate international solidarity in the face of the pandemic. A day to reflect on how much we have accomplished and how much is still left to be done. Our very own Rayna Stamboliyska, writing in Future Challenges, asks the question “when will we live in an AIDS-free world?”

“As a high school pupil in Bulgaria, a friend and I had a youth NGO. We organized campaigns to teach our buddies that AIDS can happen to anyone. Once you’ve been through the very colourful moment of putting a condom on a banana to show how it is done in front of a crowd of high-on-hormones teens, you find it easy to read tedious reports and studies on trends in HIV/AIDS. And when you read a press release by the International AIDS Society (IAS) officially launching its Global Strategy “Towards an HIV Cure”, you just jump to the roof.” 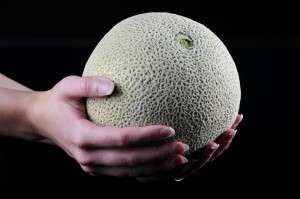 A Moldy Cantaloupe and the Dawn of Penicillin

What has a moldy cantaloupe have to do with winning the second world war? Bodyhorrors explains:

“I love this video and all of its unspoken implications. The manufacturing of mankind’s very first antibiotic. The dynamism of an industry on the verge of changing death itself. Women in lab coats, Rosie the Riveter lab gals, toiling away in the molasses and mushroom factories to stop their young men from dying from sepsis (and to help cure those pesky gonorrhea infections!). Watching this video and swayed by the brimming optimism of its narrator, I thought, “By golly, with penicillin we CAN win this war!” And we did – penicillin radically changed the outlook of the war for the Allies, while Germany’s pharmaceutical companies scrambled, frantically trying to find the one strain of mold that would produce penicillin in its required quantities.”

Murder is a disease. Quite literally, according to NPR’s Shankar Vedantam. Researchers have used the language of infectious disease to map the spread of murders throughout a community. Going further to make predictions about where homicide might spread next, based on the path of the epidemic.

“The researchers studied every homicide that occurred in the city of Newark, N.J., over a period of a quarter century, from January 1982 to September 2007. In all, Newark had seen 2,366 murders in that period, a rate of homicide some three times as high as that of the general U.S. population. The researchers tracked down the time and location of every single murder. They plugged the data into a software program that has previously been used to track infectious diseases: When you put in the geographical location and the time of infection of each victim of the infectious disease, the program creates a model that shows how the epidemic is spreading — and where it might go next.”

There seems to be a recurring theme on the internets. News organization pounces on science story and does a poor job communicating it. This happens on an almost weekly basis. This week it’s poor old Aunty BBC. Thankfully, award-winning Suzi Gage over at SciLogs is at hand to set the record straight.

“Yesterday a load of headlines about genes being linked to binge-drinking appeared on various news sites. Only the BBC (so far) seem to have fallen into the ‘gene for x’ trap, the first paragraph of their article being particularly poor:

Scientists believe some people have a gene that hard-wires them for binge drinking by boosting levels of a happy brain chemical triggered by alcohol.

Not quite, but what did the study* actually look at?”

So there you have it, a short collection of this week’s science happenings. Happy reading.