Behind USA, Australia is the largest waste producer, per person, in the world. The average Australian citizen produces over 650 kg of waste per year, making a family of 4 produce enough waste to fill a three – bedroom house, from the floor to the ceiling! Annually, we contribute to over 18 million tonnes of waste, half of it coming from households.

Every day, 1% of households and businesses in Australia change their waste management tactics and focus their efforts into recycling, making Australia one of the global leaders when it comes to recycling contribution. Raising awareness plays a major role to the contributing factors and it will continue to do so until we begin minimising our waste output and maximising recycling and re-production, respectively. 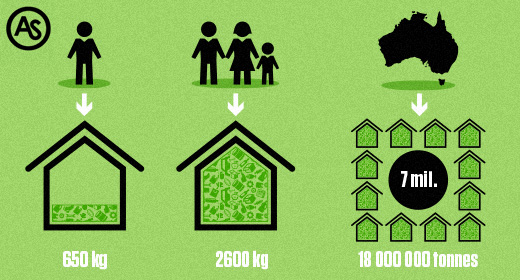 Two recent studies have shown us just how deep of an impact recycling plays on the environment and on general energy consumption.

Two different methods were used to analyze and compare the impacts of recycling and that of dumping waste into a landfill. Both studies have proven that recycling plays a major role in the preservation of the environment, while cutting down energy, thus lowering the cost of future production.

Nearly half of the greenhouse savings created by recycling were found to be from lowering the creation of methane gas: Methane gas is generated at landfills as paper waste breaks down (Around 55% of that methane gas would be held just for generating power). The rest of the greenhouse gas de-escalation occurred by getting rid of of virgin material production (If a product was made from raw material rather than recycled material, more carbon dioxide, with other greenhouse gases would have been generated).

Recycled products presented lower levels in embodied energy: energy consumed during every step of the production, from the product retrieval of the raw materials, to the processing and finally the disposal or recycling. 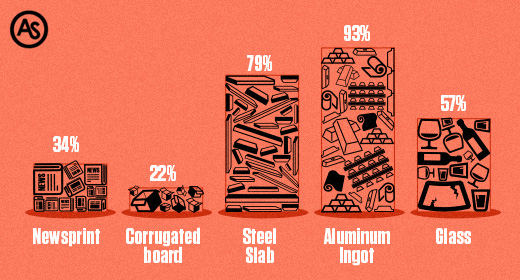 As the initiative to recycle grows globally, Australians have been amongst the first to lead the pack. General awareness is on a high level and the will to contribute rises with it.

A study, by the Australian Bureau of Statistics, was conducted in 2012, where 8,692 households were interviewed, The study concluded that out of the total number, 8,422 households took a part in recycling, 6,328 stated that they reused products, while only 183 households admitted that they never recycle and never reuse.

The same study provided us with the most common objects recycled in Australia. Leading the way, paper and cardboard are the most recycled materials nationwide. 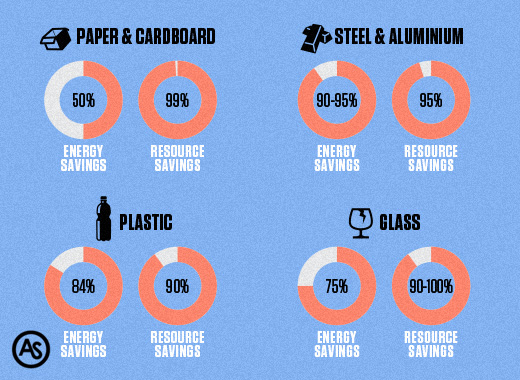 On average, every Australian citizen, annually, throws out 330 kg of paper, 552 kg of aluminum cans and 414 kg of food. In today’s society, we are able to virtually recycle anything that we use on a daily basis. Extensive research and advances in technology will push that barrier even further over the course of years. Although we are making great strides towards progress, there is always room for improvement. One of the greatest initiatives taken by the government is the creation of the Perthwaste Green Recycling. Recycling plants such as this one safely exhaust every opportunity to recycle, cost – effectively. Building and using more of these plants will get us to our desired goal in a shorter amount of time.

Between years 2007 and 2011 Australians increased their recycling efforts from 21.4 million tonnes to 27.3 million tonnes (all recycled materials – Australians throw out 18 million tonnes of waste per year). We still have to work toward removing waste from landfills and creating new products by reusing the old. By reducing landfill waste, we will preserve our environment and prevent further climate changes, simply by the removal of greenhouse gasses. Reusing waste materials and creating environmentally friendly products will only play a contributing role in saving our planet.