Life has existed on planet Earth for a long time. Precisely how long, however, is a question which many are still searching for an answer to. The most recently discovered piece in that puzzle may put us another step closer to finally answering that. Discovered in Pilbara, Western Australia, are what are quite probably the oldest fossils discovered on Earth so far!

At approximately 3.49 billion years old, these fossils come from a time long before complex organisms like us existed. Before evolution forged living things into the structures we recognise around us today, and before distinctions like “plant” and “animal” had even been drawn, our world was populated by bacteria and other single celled life. In fact, on a cosmological timescale, this wasn’t long after our planet had formed.

Being left by bacteria, these fossils appear as little more than patterns left behind in sandstone, but after careful analysis they’ve been found to very definitely be fossils and not simply mineral formations. Discovered in some of the best preserved sedimentary rocks on Earth, at Strelley Pool in Pilbara, these fossils offer a fascinating glimpse at some of the oldest known life on Earth. Excitingly, as well as the discovery of this life, these is some evidence that it may have had some organisation to it as well.

Found preserved in quartz sand grains, the fossils show several cell-like structures all of a similar size, much like bacterial colonies still found on Earth today. The age of these fossils can also be estimated with some precision, due to the rocks in which they were found. These particular rocks were formed between two volcanic successions, which means that their age can be determined down to a few tens of millions of years!

Interestingly enough, any life this old would have been living without any oxygen – oxygen wasn’t abundant in Earth’s atmosphere until around 2.4 billion years ago. It’s quite likely then, that these bacteria had a metabolism based around sulfur, just like bacteria found in marshes and other oxygen-poor environments in the world today.

The most exciting implications behind this find are those for life on other planets. If life could form so soon on planet Earth, it means that life might well have existed on other planets in the solar system too. Venus before it developed its hellish greenhouse effect and Mars before it lost all of its water, may have been home to similar primitive life. While few are hopeful of finding life on our neighbouring planets today, it still gives hope of discovering fossils as we continue to explore them. For astrobiologists hoping to find life on planets outside our solar system, it means that where life develops, it may occur quite soon after planets form. 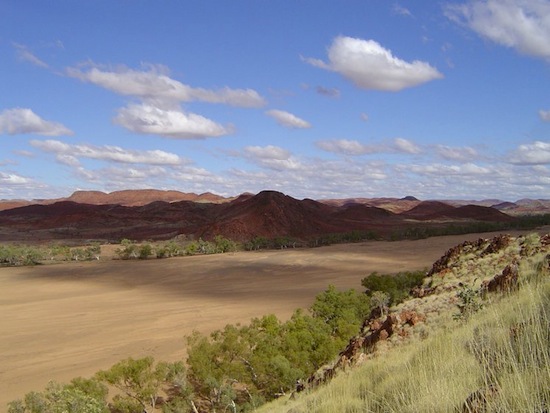 1 thought on “The Oldest Fossils in the World”