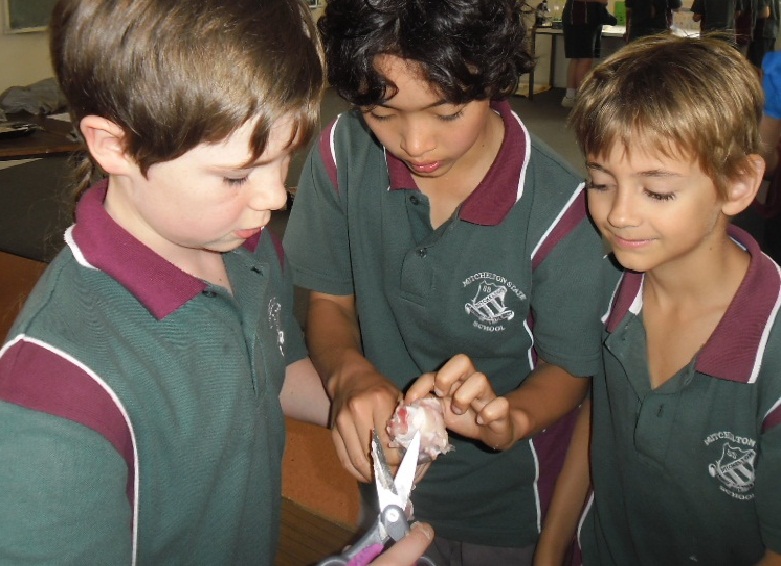 Last week, I dissected a chicken leg and while many may believe such a thing is not extraordinary having done it so many times, the ordinary became the extraordinary when I saw it through the eyes of a child in our recently established science club.

The research on extra-curricular clubs is growing and with it there is mounting evidence of the benefit to students. In 2010 Blomfield and Barber from Murdoch University published an article which asserted that “Extracurricular participation was positively associated with higher academic track enrolment, university aspirations, and school belonging, and negatively associated with skipping school” Holland and Andre of Iowa University found similar results in the same year and included improved self-esteem and improved relationships in their findings. Brown and Evans (2011) identified the relationship between extra-curricular activities and the connection of students from different backgrounds.

Clearly there is mounting evidence of the positive outcomes for students from extra-curricular club participation; however, there is somewhat little research when it comes to science clubs in the primary school setting. An article by Ronald Bonnstetter published in 1985 in the Journal of College Science Education talked about the link between science clubs and problem solving skills and provides a good foundation for future research. The Australian Curriculum clearly identifies the impact of science education on students; “Students can experience the joy of scientific discovery and nurture their natural curiosity about the world around them. In doing this, they develop critical and creative thinking skills and challenge themselves to identify questions and draw evidence-based conclusions”, though it doesn’t talk specifically about extra-curricular pursuit of science.

While the evidence suggested that there would be positive benefits for the students, my science club co-founder and I have been more than pleasantly surprised by the results. In the time that the science club has been operating at Mitchelton State School we have had a number of students achieve accolades in national science competitions. We have seen the science club grow from an initial 24 participants to 45, in addition to the establishment of a junior science club due to the overwhelming response from parents, students (and the interest of staff). We have also seen a stronger connection to the community through the interest of parents in the National Science Week celebrations and the science club itself. In addition, the participation from a number of pre-service teachers who have now graduated and have overwhelmingly committed to having science clubs at their future schools has been very promising for science education.

It is a joyful experience to watch the level of engagement as 45 students dissect chicken legs, make cornflour goo or explore prisms of light. It is promising to hear them talk of variables, hypotheses and the properties of matter. It is inspiring to hear them discuss possibilities for a future world.

The idea behind extracurricular clubs is not new nor is the promise of science education and its ability to impact on future generations. Perhaps it’s as Steve Irwin points out “education is all about being excited about something. Seeing passion and enthusiasm helps push an educational message” or maybe it’s more about giving students the opportunity to do something extraordinary. Either way the possibilities of an extra-curricular science club in engaging students and connecting with the community cannot be underestimated. Clearly, one teacher switched on to the world of science can have a significant impact on the engagement of students in the exploration of science. And who knows where such inspiration can lead. Somewhere in our classrooms sits a child who has the potential to solve the problems of our future world. Maybe a spot in a science club is just what they need!

1 thought on “Setting up a science club in a primary school: Why you should!”