The Great Barrier Reef is easily among the world’s great natural wonders. A world heritage site since 1981, it’s known everywhere as a showcase for the beauty which Earth’s oceans are capable of producing. The world’s largest system of coral reefs, it’s actually composed of over 2900 smaller reefs, stretching along Australia’s coastline for 2600 kilometres. In modern times, it’s a major tourist attraction, and for a lot longer, it’s been part of the culture of Aboriginal Australian people. Unfortunately, the modern world hasn’t been kind to the Great Barrier Reef. A variety of environmental factors are conspiring to make the future for these Australian corals look rather bleak. 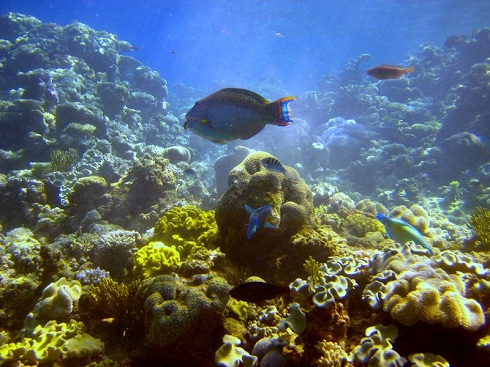 Alarmingly, in a study run by the US National Academy of Science earlier this year, it was found that over the past 27 years, the Great Barrier Reef has lost 50% of its corals. Half of the corals in the sites surveyed have disappeared since 1985, and it’s unlikely to be any better in any other locations. Alarmingly, two thirds of the corals lost, have been lost since 1998. Instead of slowing down, it seems that the damage is becoming more rapid over time.

The Great Barrier Reef is, in effect, the Amazon Basin of the Ocean. It’s a huge and bustling hub of biodiversity, rich with all manner of aquatic plant and animal species. Like a land-based rainforest, a vast number of self-contained ecosystems can be found within the reef, and many vulnerable and endangered species make their homes there. Species known to depend on the reef include turtles, crocodiles, dugongs, and sharks, as well as thousands of species of fish and invertebrate – including, of course, the corals themselves. 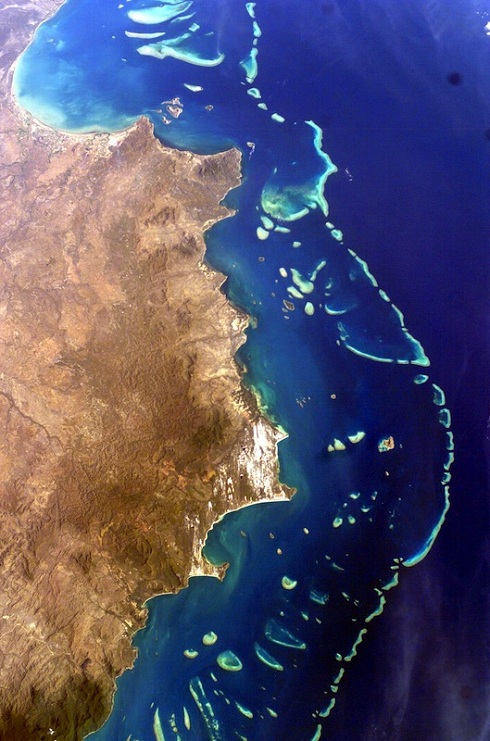 Climate conditions have been increasingly harrowing for the denizens of the reef, however. Inclement weather, including tropical cyclones, can cause severe damage to coral growths. Global warming is having a lethal effect on corals living near the edge of the reef, which are already at the high end of their temperature tolerance. The warm waters cause corals to expel their zooxanthellae (the symbiotic organisms with live with the coral, photosynthesising and providing around 90% of the coral’s energy requirements) resulting in coral bleaching and, eventually, death as the corals die of starvation. And then there’s the crown of thorns starfish, a natural predator of corals which has seen a sharp increase in numbers in recent years. While the starfish is actually in indigenous inhabitant of the reef, some suspect that overfishing of the starfish’s natural predators has contributed to their recent population explosion.

In light of the troubling findings, Australia’s Environment Minister, Tony Burke, said in an interview to ABC news that “We’ve all heard about damage to the reef over the years, but that 50 per cent figure, I think, rang a warning bell loud and clear for many people.” He also admitted that “there’s no doubt that there’s been a level of neglect for decades which, if it had been dealt with otherwise, we’d be in a much better situation now,” which is at least a sign that the problem is being given the recognition it deserves.

Australia has, in fact, put together its Reef Rescue programme over the past 5 years, spending millions of dollars on protecting the reef from human activities such as run off from land. While there’s not much which can be done about the cyclones which have done the most damage, work is also underway to cull the starfish which are currently the reef’s second biggest threat. Unfortunately, this is painstaking work, as each starfish has to be individually removed by hand. There’s simply no other suitable method.

The question then is how to safeguard the reef in the long term and hopefully help it to recover to its former glory? With one of the biggest future threats to the reef is global warming and the warmer waters which it causes, the method to be used to protect the reef is still under debate. Natalie Ban, who works for the ARC Centre of Excellence in Coral Reef Studies, is reported as saying, “In some areas summer is coming earlier and lasting longer; in others, both summers and winters are warmer than in the past.” Currently, there are two schools of thought on how to go about this – some argue that the most protection should be given to the areas which have suffered least, so that they can act as a haven for reef animals to help repopulate the area; while others would prefer the most vulnerable reef areas to receive the most protection.

Whatever means is chosen, it’s safe to say that Ban speaks for many of us in saying that she hopes for the best way of managing and protecting the reef during “what will undoubtedly be momentous environmental change.” 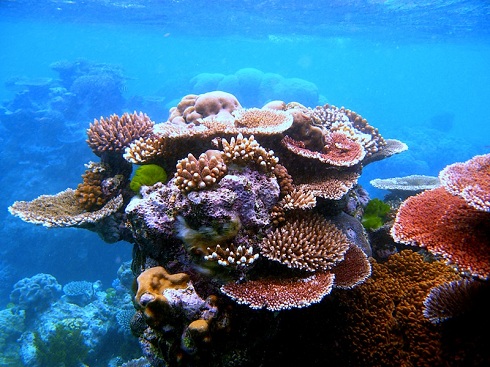 2 thoughts on “Great danger for the Great Barrier Reef”